Today, I wanted to share some little girl costume ideas and where you can buy them! (I’ll be doing the same for little boy costumes in a few days.) Guys, I’m ahead of the ball game this year. I’ve ordered my Halloween costumes for the kids! Last year, I did it last minute. Of course, it was wrought with angst and paying for express shipments!

I wanted to share MY thoughts on where to get little girl costumes because there are SO MANY places that you could order from, but if you are a last minute shopper like I was last year, these stores are tried and true – and deliver on time. I typically don’t go in the pop-up Halloween stores because I never know the quality of what I might get. So don’t expect those to be on the list.

Last year was the first year I splurged a little on costumes. Okay, a lot. And I was disappointed on some of the items I received. So I’ll give you the good, the bad, and the ugly.

Walmart and Target. I have found awesome costumes here for newborns! Obviously, you have a very wide selection and its on the lower end. Typically, the selection ranges from $25 – $50. As you get closer to Halloween, don’t expect that great of a selection.

Pottery Barn Kids. They have the cutest selections! The costumes aren’t trendy (like the latest branded cartoons), but they are fun and cute. The material is made of the highest quality and VERY soft! This year, Ansley and Conrad got their costumes from there (butterfly fairy and dinosaur egg). 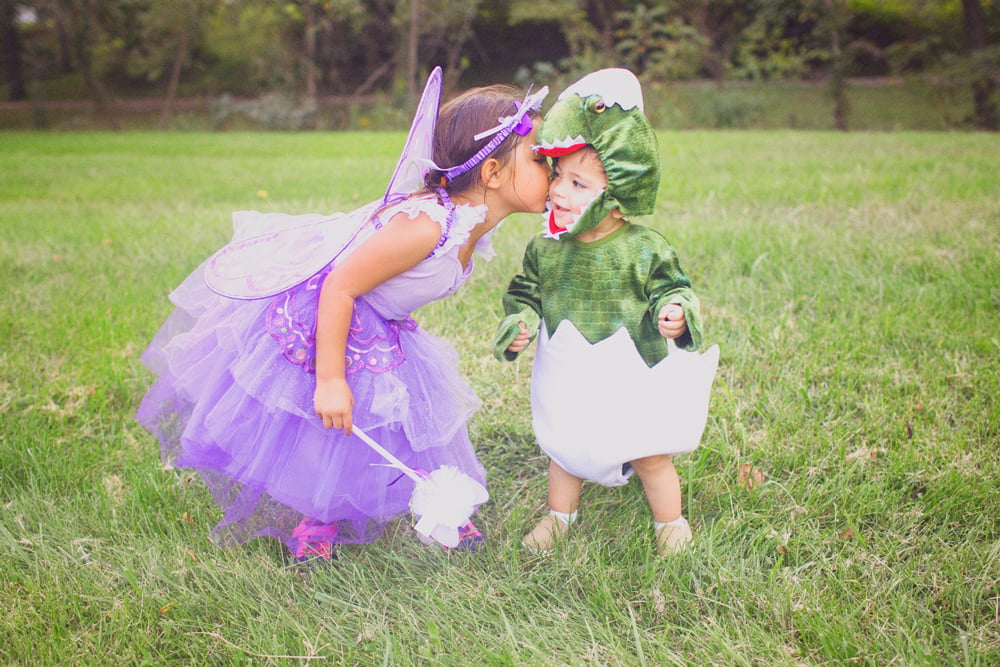 Don’t mind Ansley, she just came home from soccer practice in this photo. 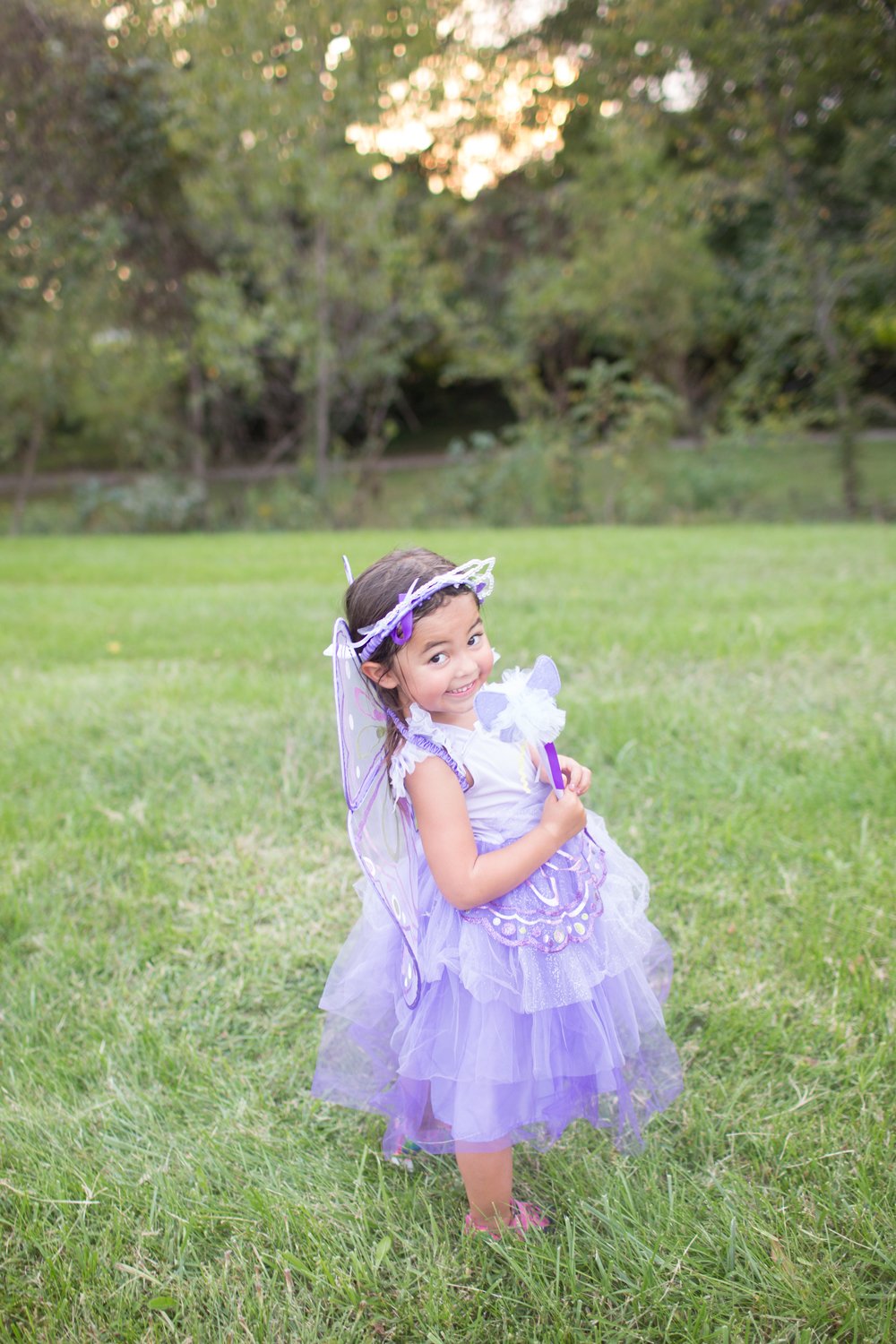 I got her some matching shoes coming in the mail from Chasing Fireflies. 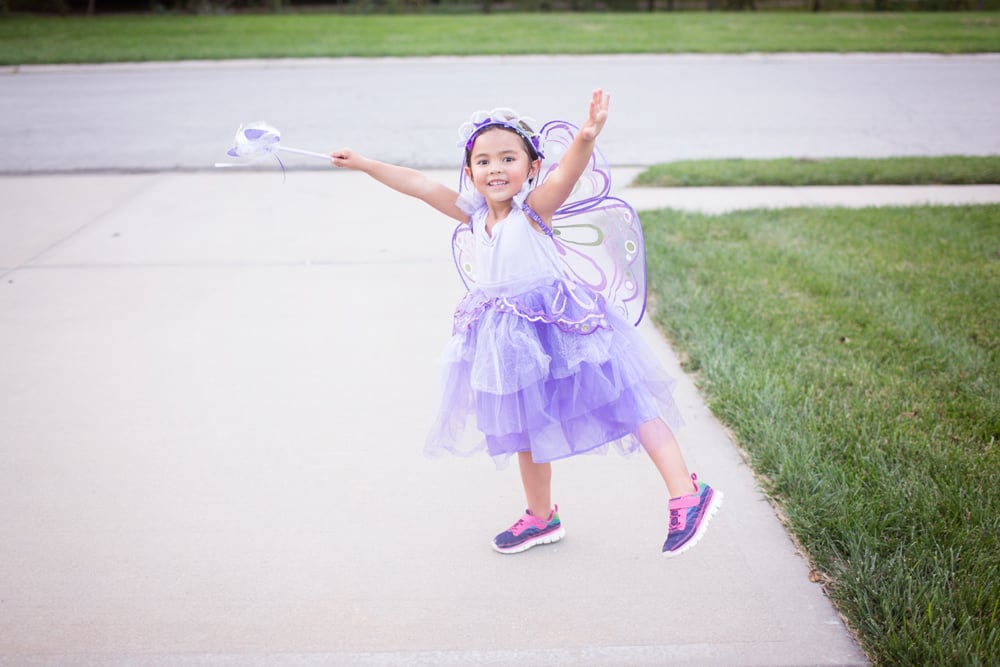 Chasing Fireflies. They are my guilty pleasure. I love all the items even outside of Halloween here. A lot of their items, similar to PotteryBarn, can’t be found anywhere else! If the price point is too high for you, but you are set on getting the costume, you might try eBay. I’m particular about buying clothing second hand, especially if it involves putting something on my kids heads (can we say LICE!). The other thing about Chasing Fireflies is that the quality can be spotty.

Last year, I spent  a small fortune on the girls’ costumes. Aubrey’s shipped with some of the seashells from her sea fairy dress already torn. 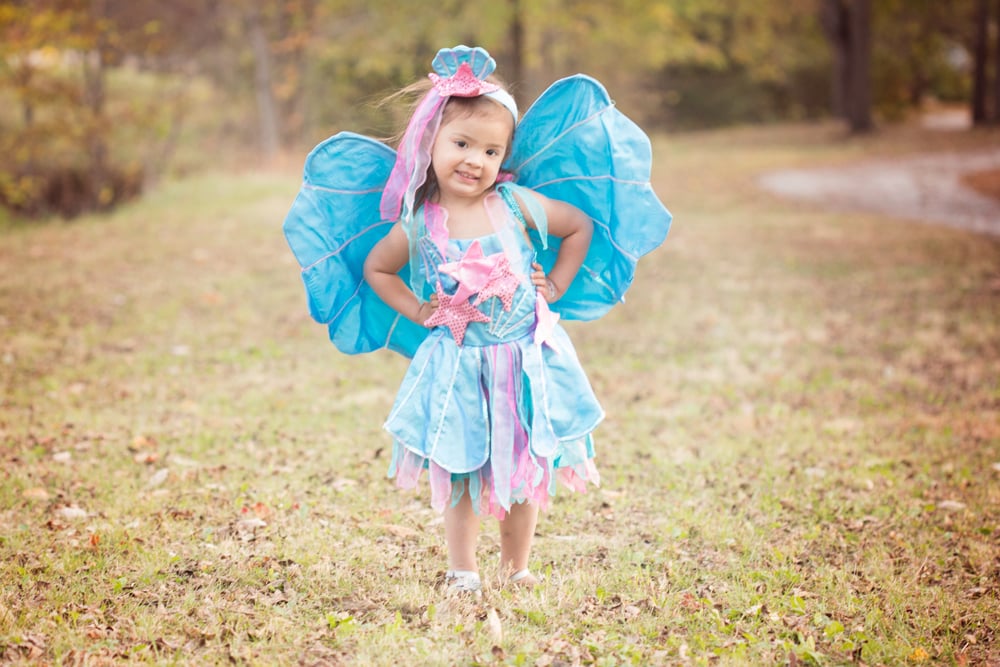 After calling Chasing Fireflies and arguing with them, they gave us a $25 credit. 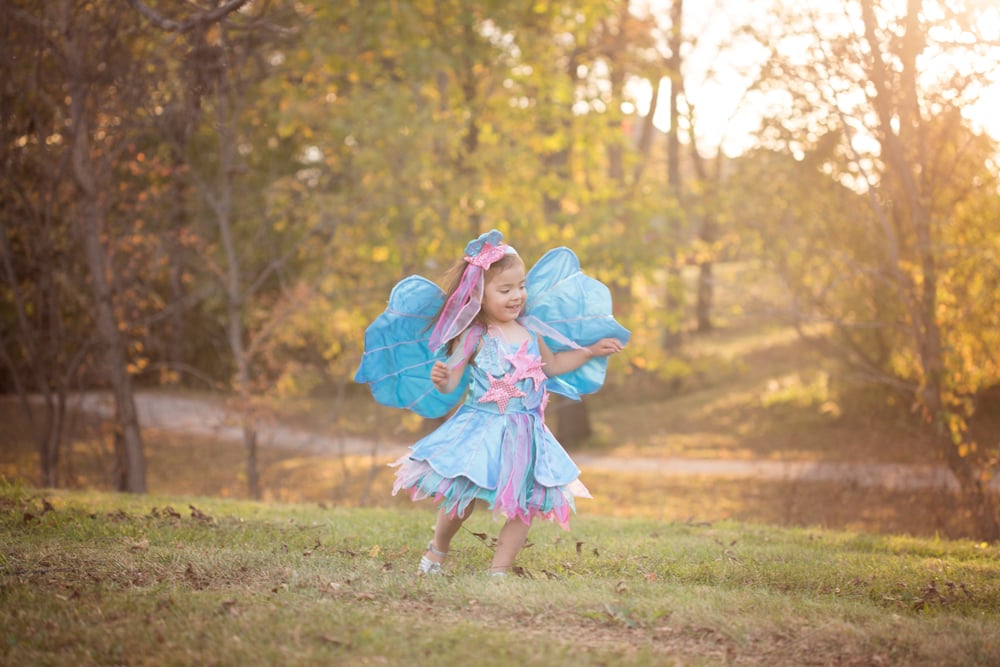 However, Ansley’s lollipop costume was perfect. 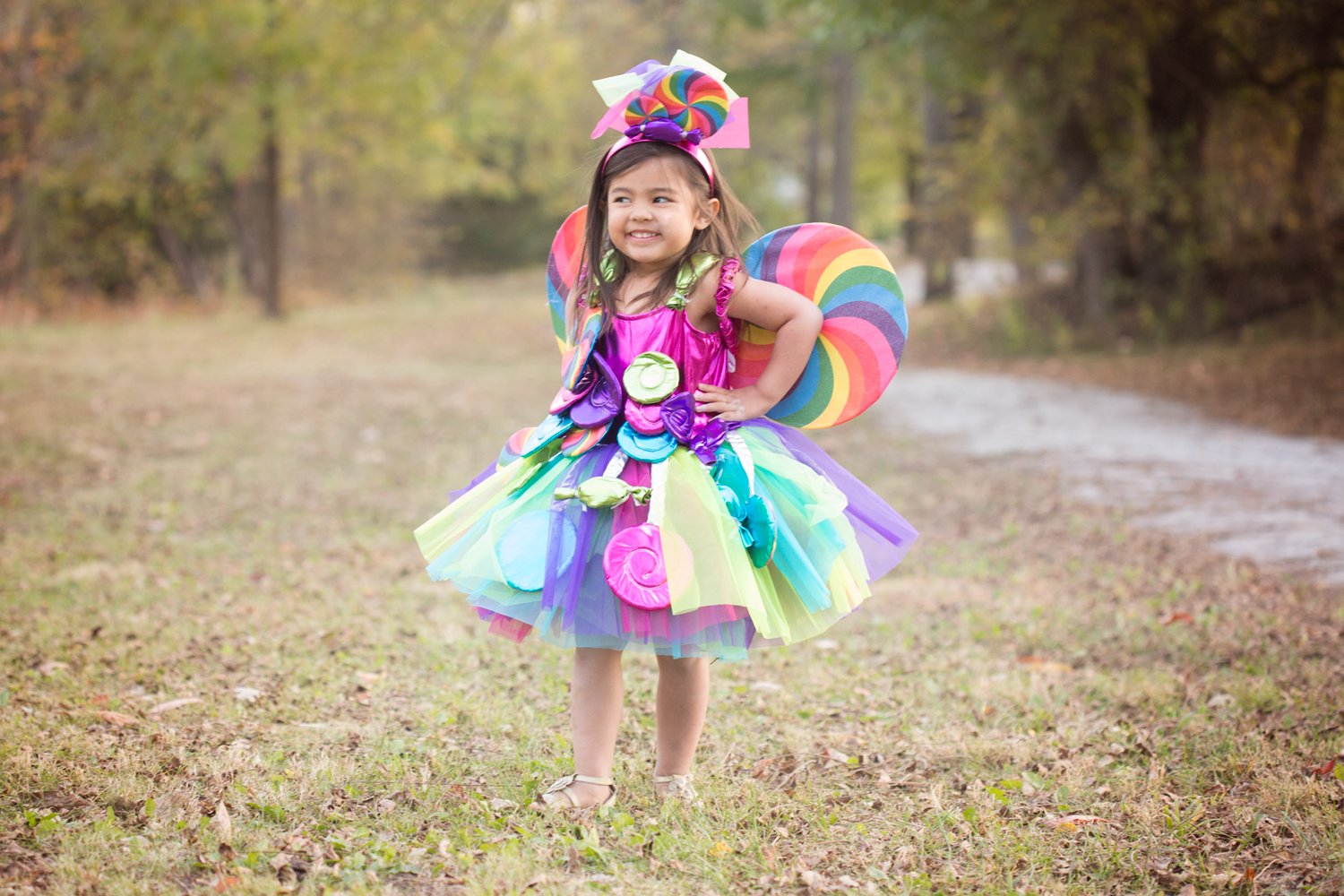 So buy at your own risk. Don’t tell me I didn’t warn you! However, the detail on these costumes were amazing. The lollipop one especially. We’re donating that costume to our dance academy (I’m secretly hoping they can use it in a recital sometime)! 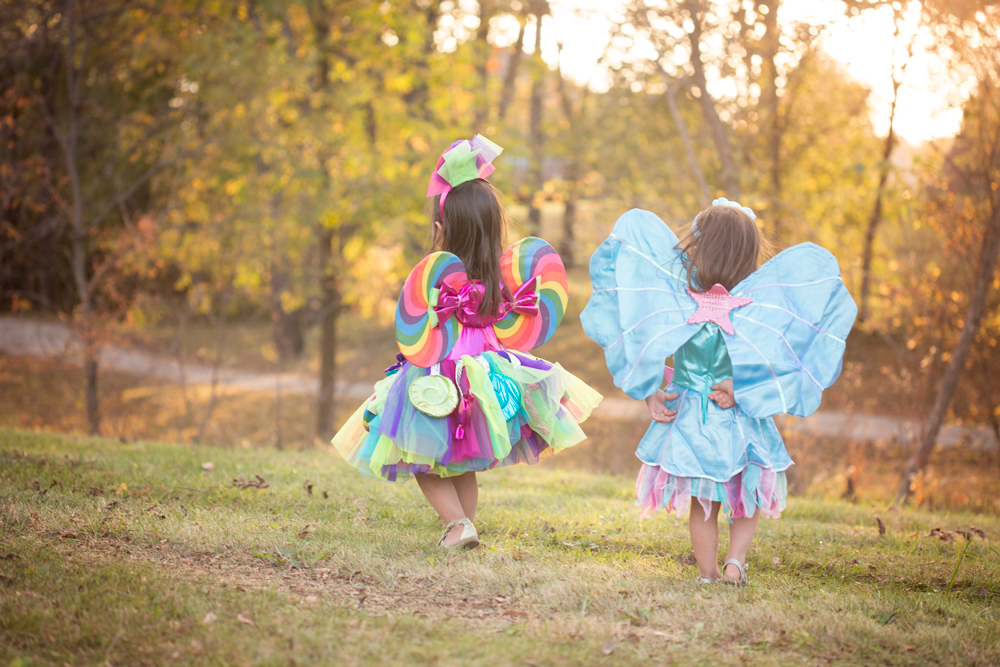 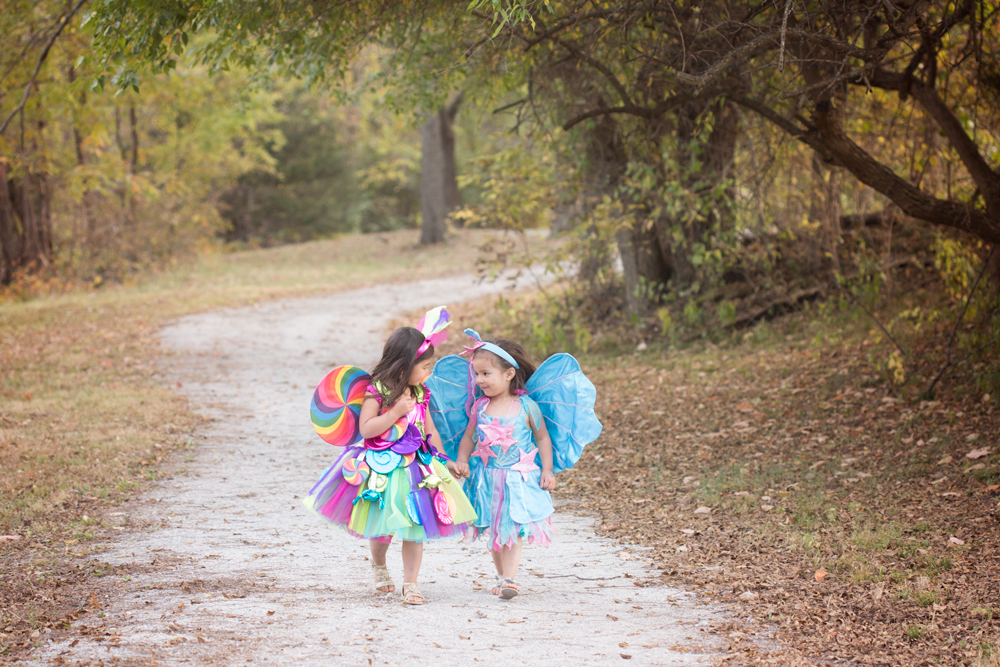 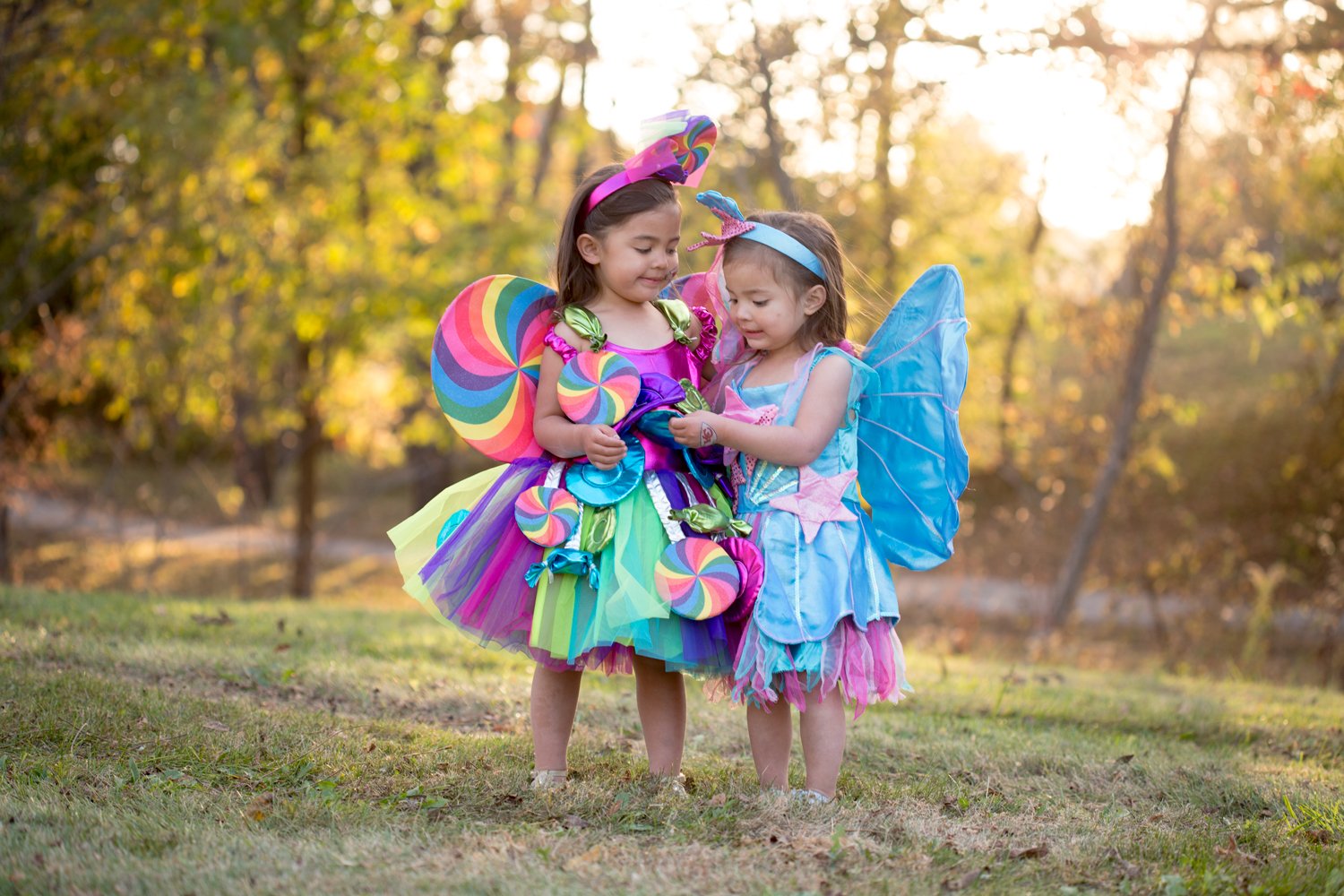 I’ve also rounded up some of my favorite costumes from these stores at different price points so you can the best bang for your buck. P.S. I would buy early because (1) selection and (2) you can get them used to wearing the costume, and by Halloween they are bound to hopefully let you put it away! Links below the image!

If you need more little girl costume ideas, check out these posts below: