Since Ryan's begun his health kick at the end of last year, he's been investing much of our funds in healthier eating. One of them is an investment in better milk. One of our favorite milks is Shatto Milk. A gallon of Shatto Milk is pretty reasonable, but when you add in the glass deposit, you are looking at about $6.50 for a gallon of milk. But you know what? It's totally worth it. Its local. In our eyes, the best milk on the planet.

As such, one of the many adventures I planned for our family was a tour of the Shatto Milk farm in Osborn, Missouri. I set up reservations about a month prior due to our hectic summer schedule. The day prior to the tour, I looked up the travel time. It was going to be a solid 75 minute trip up there. Initially, I was apprehensive about the ride up there - with two toddlers, you really couldn't blame me. In reality, it really wasn't all the bad except for my three year old's repetitive question, "Are we almost there yet?" Yes, new parents, those phrases start at three. 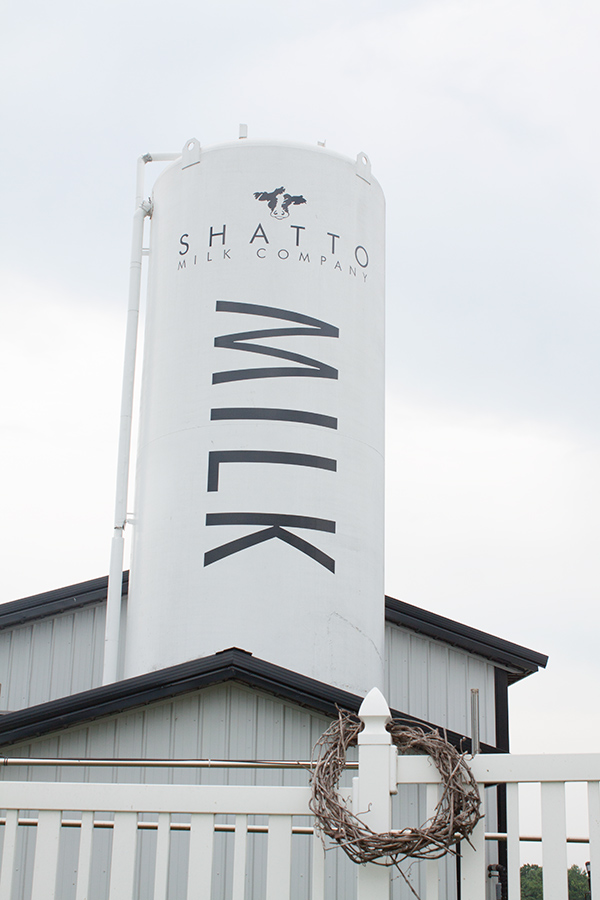 When we got there, we parked in the wrong area. After a worker greeted us, he kindly showed us where the tour started. We paid (2 and under are free) for the tour, was told what group we were a part of, and looked around the "store" while we waited for our group to start. Luckily, as part of the second group, we got to sample all of the milk first!! The owner was there and talked about the farm. It was quite amazing to hear their story of being almost broke and closing down to figuring out how to bottle the milk themselves. The are at a point where they have 400 cows and that's the most he wants to grow. That's pretty amazing!!

While he was talking through the lifecycle of their milking business, our girls got a kick out of sampling the milk. I loved their faces as they tried the root beer! My favorite was the cookies and cream (I think that's what it was called). We also got to sample their butter....that honey butter is to die for!! 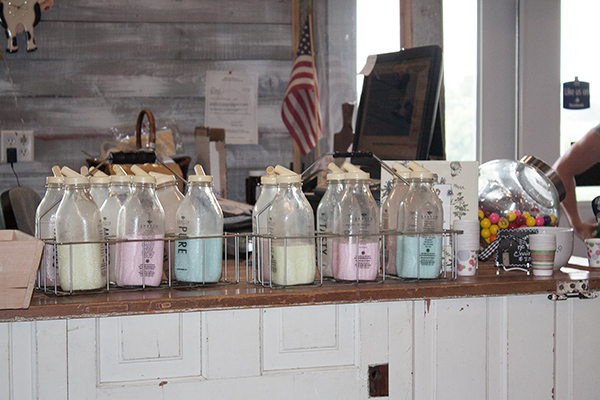 After sampling, we headed to the back where they showed us how they mixed the milk, we then headed to the area where they milk the cows. From milking to storage, they said that it could be less than a 12 hour journey. That is pretty incredible. The girls got a kick out of putting their thumb in the machine that milks the cows. We then headed towards the stables where the cows were and the girls were able to pet baby calves. 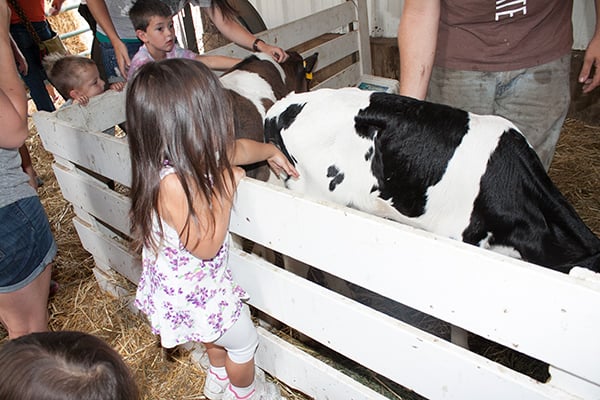 The kids were also given the opportunity to milk cows!! Ansley loved in. Aubrey wanted nothing to do with it. 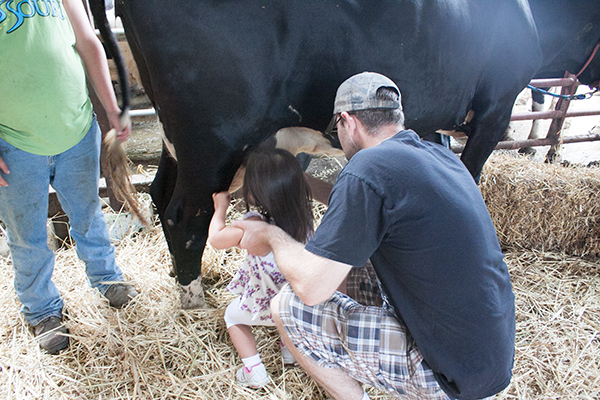 All in all, the 75 minute trip and constant questioning from Ansley was totally worth it when I tried their luscious honey butter on a cracker. I would definitely give the tour a thumbs up!! Oh, and their milk too 🙂 And you must also try their ice cream...its amazing.

Check out their tour information here and other reviews on Yelp here.

It will do your body good. He he he. 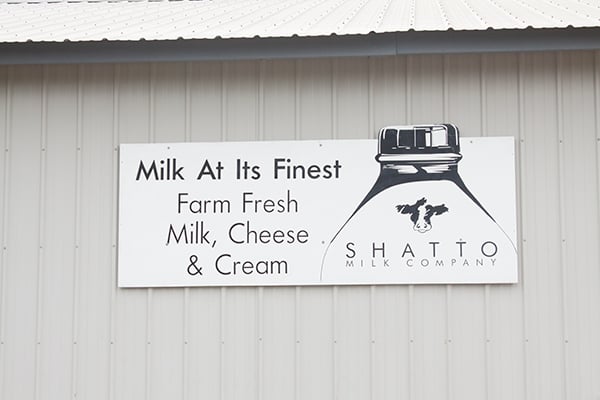