Learn about the differences between Graco versus Wagner spray guns for painting ceilings, two of the most popular power paint guns.

For our basement ceiling renovation, we decided to dust off our spray painter that we purchased a while back. We haven’t had a chance to use it until now – for the big basement renovation. 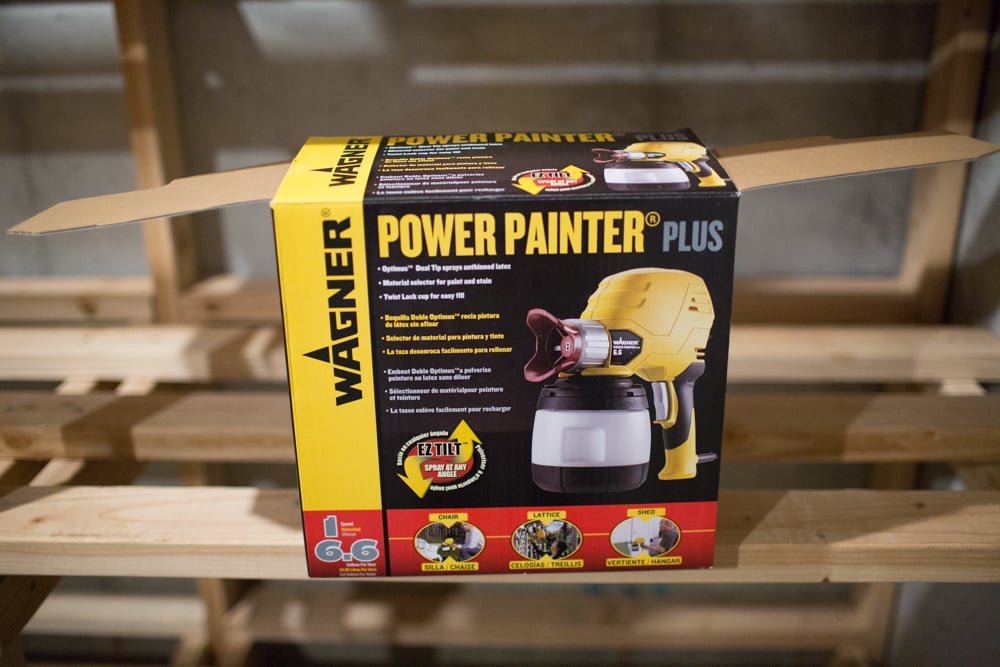 Our goal was to paint the ceiling completely white. We were going for the industrial look. The room is going to be used as a photography studio.  We had the Wagner Power Painter Plus that we purchased on a whim.

Differences Between Graco vs Wagner

On the first night, we sprayed a sample closet area just to test it out. After three refills, we got the room sprayed. This also including jostling the spray gun while standing on a ladder. It wasn’t bad for the small space we were testing. At 100% power, we had a little overspray and drips, nothing that rolling a few brush strokes couldn’t help. 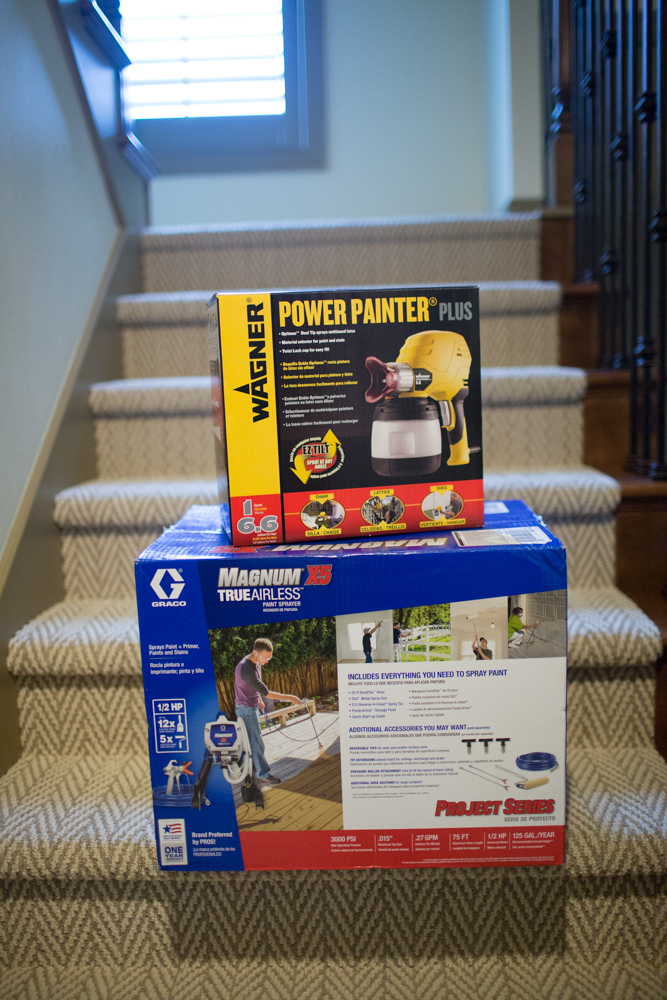 The next day is when the trouble began – once we wanted to spray a bigger surface area. After three minutes of spraying, the Wagner was empty. There was the frustration of trying to refill it over and over again for that big space. Then, we tried creating a spray hose (similar to the one they sell for the Wagner since local stores didn’t have one) to go from the 5 gallon paint bucket directly to the sprayer. 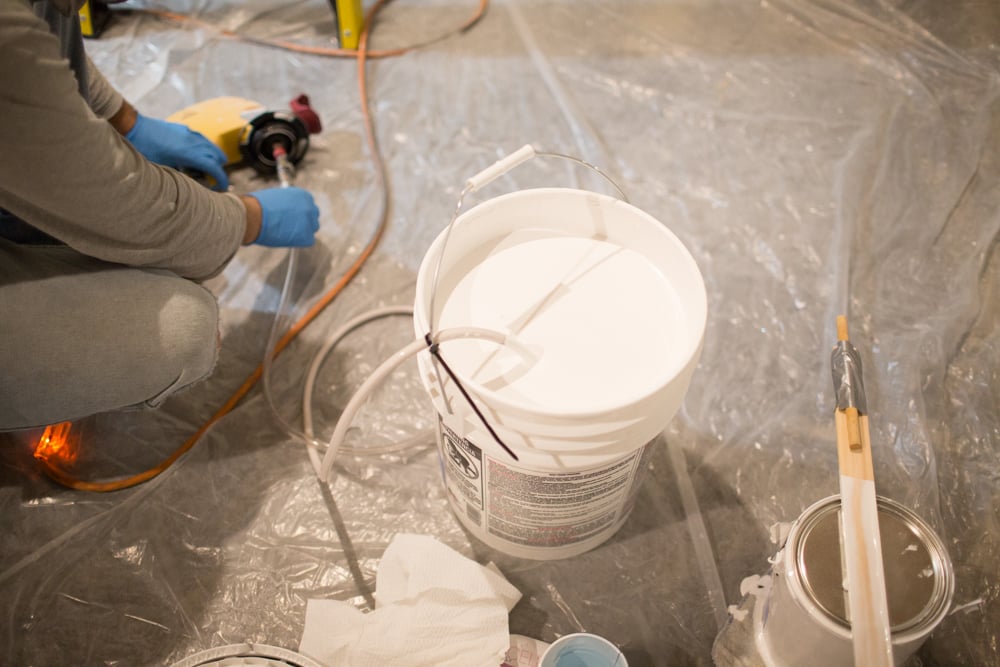 It didn’t work and it caused a lot of overspray. Even if we had purchased the Wagner version, there was the problem of maneuvering on the ladder without the possibility of spilling the paint.

After a few hours of frustration, the husband gave up. We did some research, and the Graco Magnum X5 on Amazon had rave reviews. There was also a less expensive version, with a little less stars for the review. We learned our lesson and decided to go with the X5. Best purchase ever. If this thing has a fault, my husband hasn’t found one yet. Here’s the setup we had after investing about 30 minutes reading the manual. 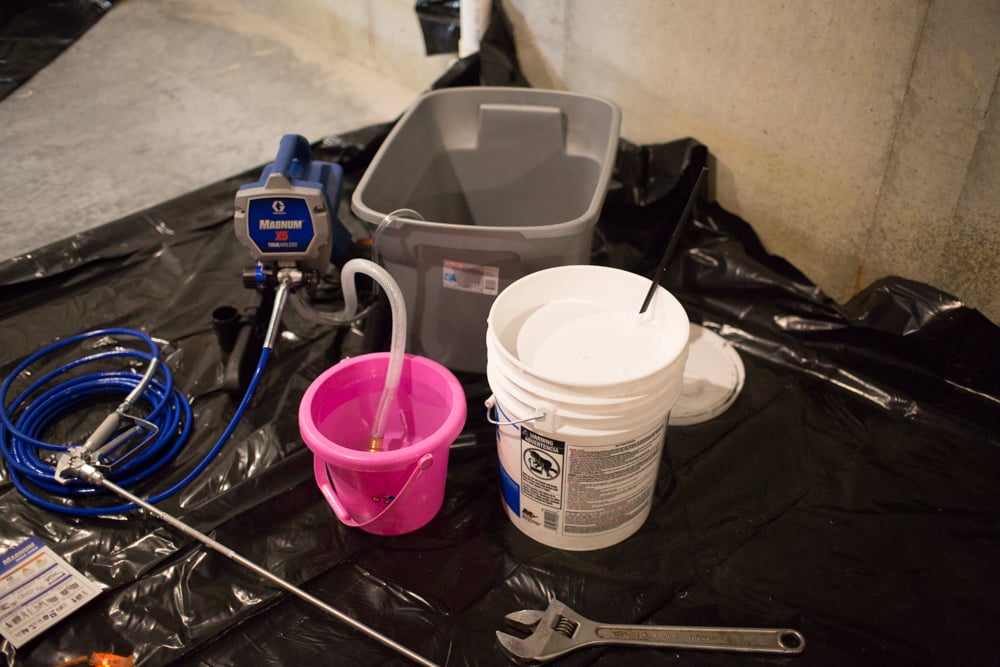 Some of the tips we read were to add a little water so that the X5 could consume it a little easier. That definitely helped!

Here’s what you get for buying a 3x more expensive sprayer: 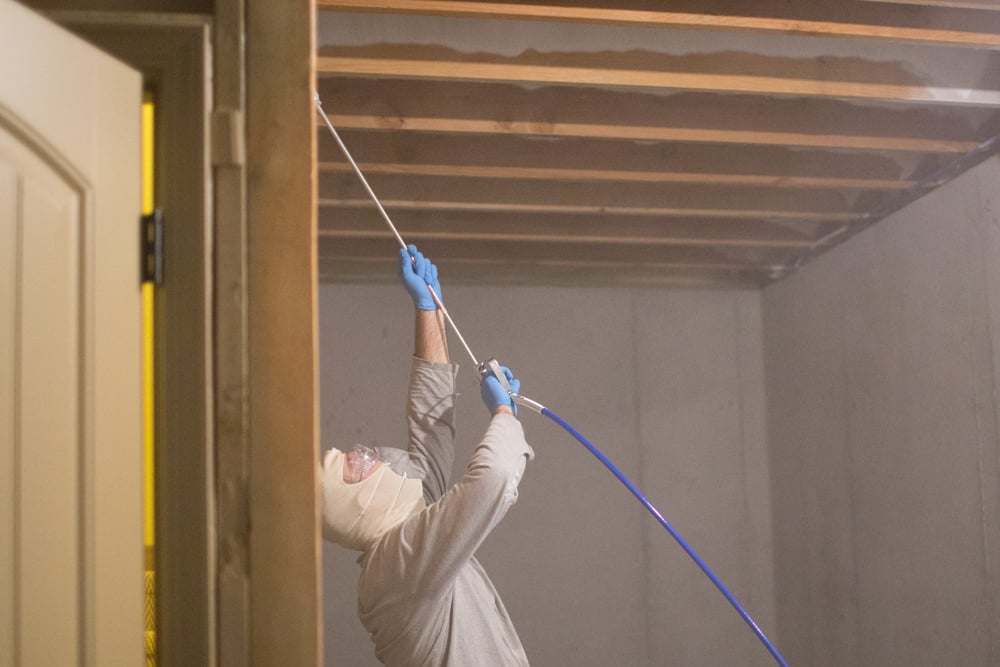 If I had to provide a con,  it might be that it is highly pressurized, so if you are not careful, you could hurt yourself more with the X5 than the Wagner. But the pressure is what provides the power in the X5.

Again, watered down the paint as suggested by some of the reviewers on Amazon, which definitely helped with the painting process. All in all, the Graco Magnum X5 should have been our first choice for a paint spray gun! I may even have him paint the exterior of our house since this project was so successful.

So far, I am loving how our exposed basement ceiling looks, it definitely gives it an industrial feel which I love – reveal to come in a future post. My husband loves that the exposed celing also allows him to troubleshoot any issues (if they were to come up) without having to remove parts of the ceiling.

If you loved this post comparing the Graco versus Wagner spray guns, check out my other posts below: 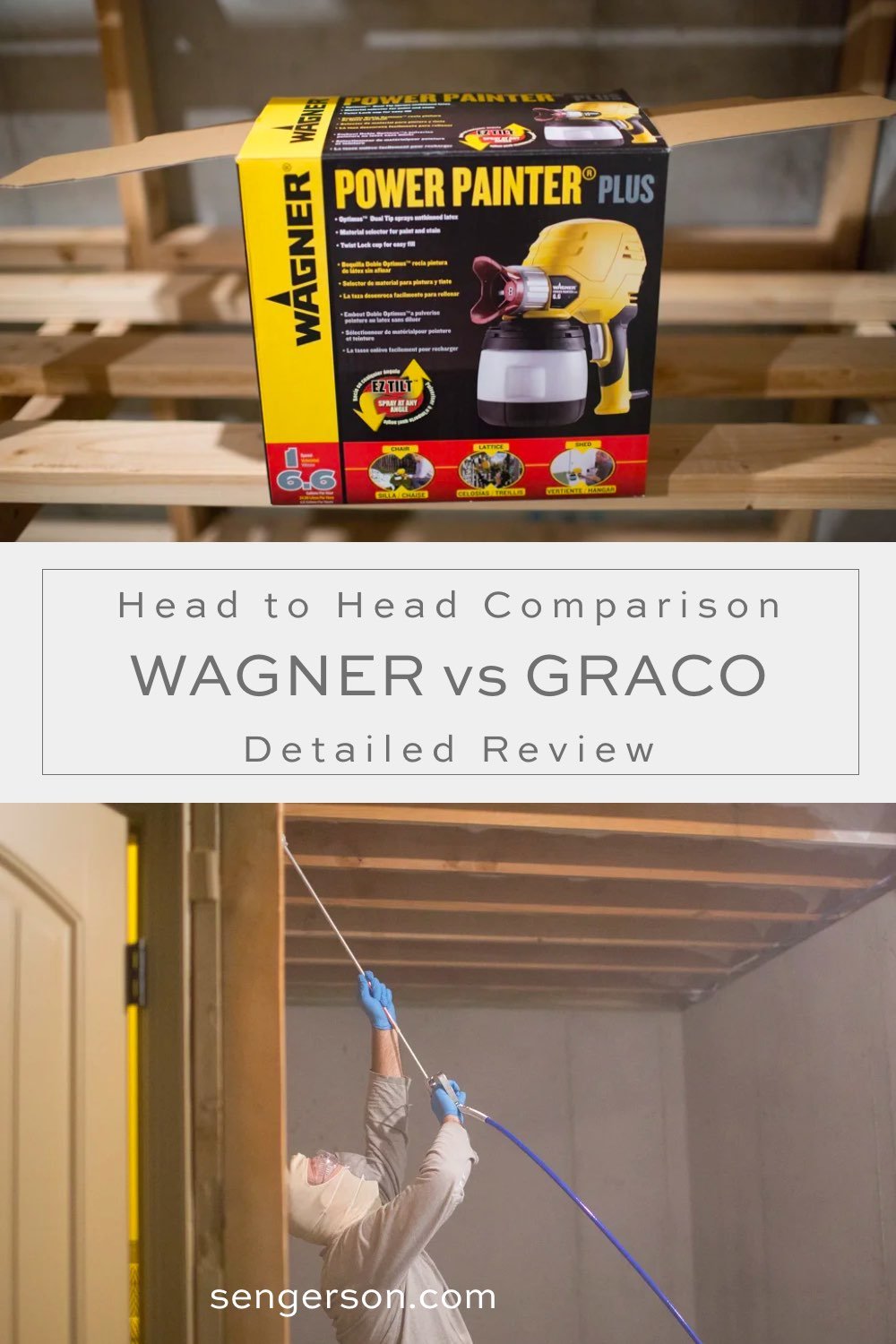