Learn how to set up a new garden and an example!

I’m so excited to share with everyone how far our garden has come along. I will give all the credit to Ryan, as he’s the one that’s been working it!

Let’s take a trip down memory lane first. One of our reasons to put in a garden was because we wanted to break up our backyard landscaping’s steep hill with a tiered garden. Here’s an image of the before: 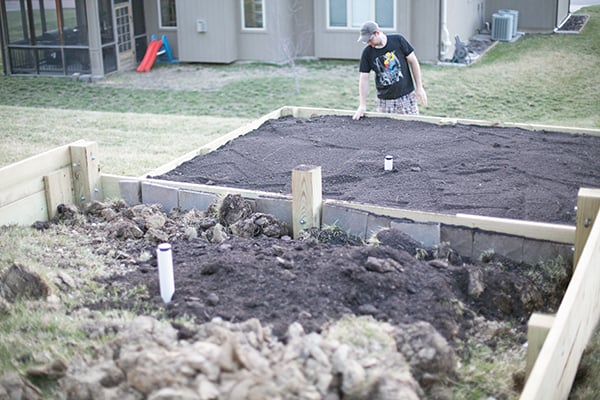 After several trips to the landfill to get amazing compost, Ryan was finally convinced to plant. 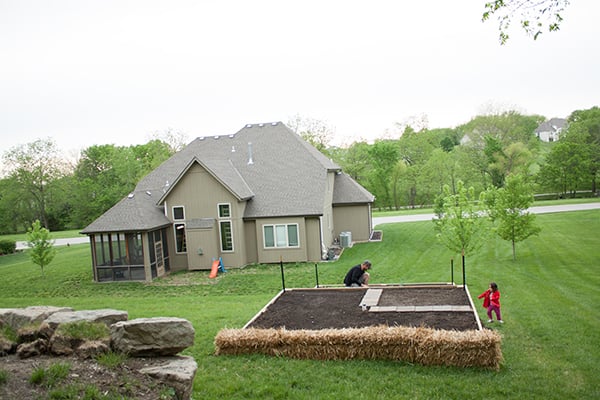 With the exception of the onion sets, everything in our garden was started from SEED. Even the tomatoes. And yes, our dining room table served as a seed germination table. 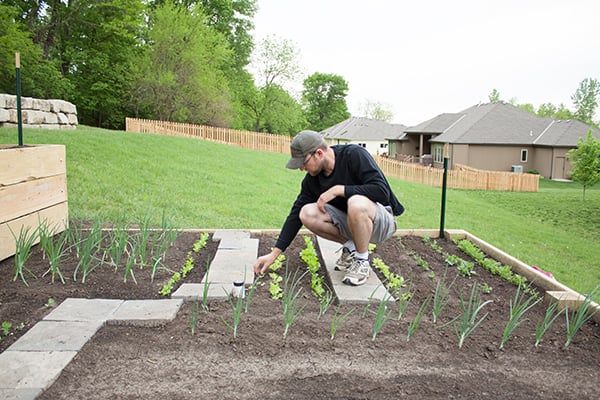 As we moved further along in our gardening journey, we made friends with the local coffee shop in town. Every morning, as the girls stop for their blueberry muffins, we pick up coffee grounds for Dad. It sits in my car all day when I’m at work, so you can only imagine the whiff I get when I’m in the car on the drive home.

After work, Ryan takes the grounds and spreads them around in the garden. Its supposed to be super awesome for the soil. 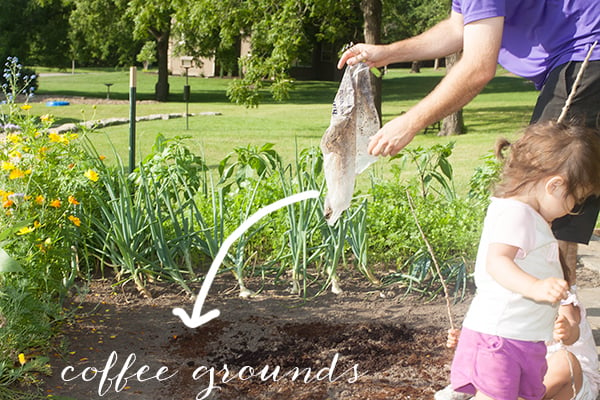 Here’s what it looks like today. Pretty neat huh? P.S. that fancy bean stalk thing he put together on the left…well, he later found out they were NOT pole beans. They were in fact bush beans. Fail. And to think he was was so proud of that thing, poor guy. The garden looks great regardless: 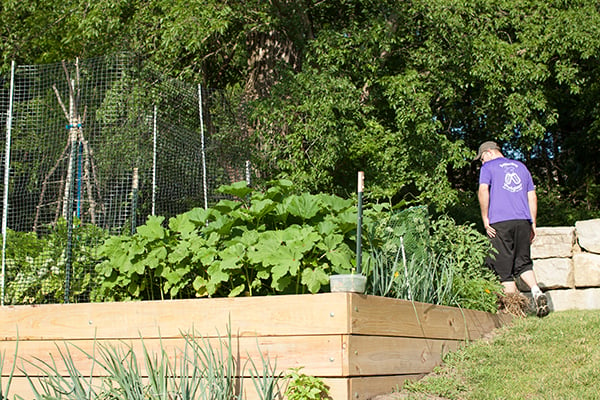 We’re also making some friends with the local bunnies. They seem to love our carrots: 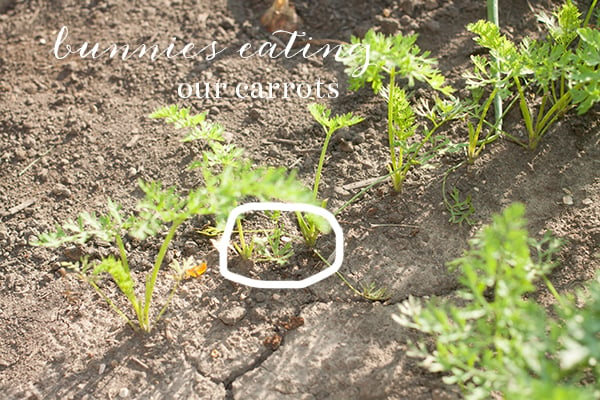 Ryan didn’t think that growing all of our plants from seed was “enough” to be a true gardner. He didn’t think that feeding our garden coffee grounds EVERY day was enough. He had to take it a step further. He heard of an idea of growing tomatoes out of straw bales and decided to try it.

How did it turn out? Here’s an image of him transplanting the sets of plants at the same time … before and after. Obviously, that was a bad idea. You win some, you lose some. 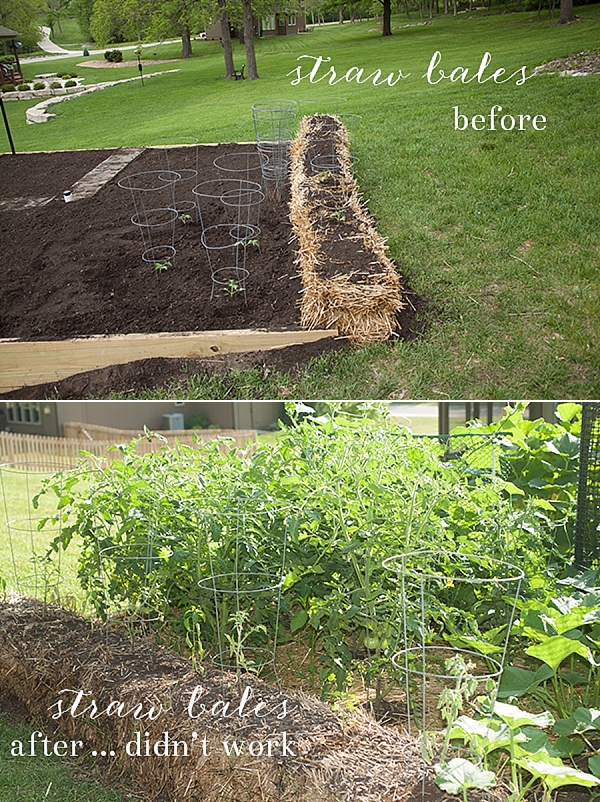 Even with that small disappointment, the garden has served as an amazing afternoon lesson with the girls. Its always pretty awesome when you can go pull a fresh onion and basil out of the garde, saute it . . . and savor the incredible aroma and freshness of the meal! What’s the best thing you’ve ever grown?