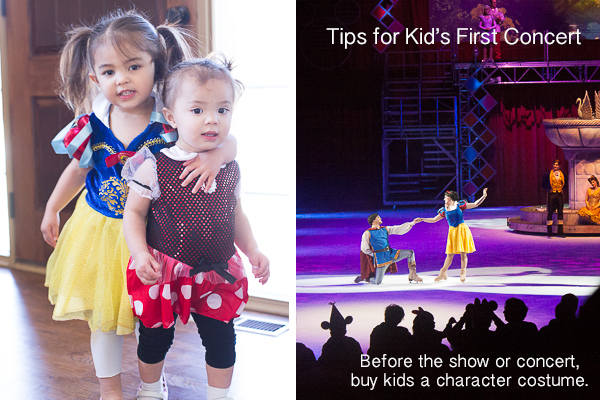 So, parent (you). You think you are being awesome for getting good tickets to a show for your toddler (who is almost turning three) right? You think that their 18 month old sibling is also old enough to sit through an hour and a half show featuring Mickey and Minnie Mouse? You think you are being smart for ordering glow sticks ahead of time for the show because you are saving yourself from the whining that can ensue from the $24 toys vendors wave in your child's face? Let me tell you about MY experience as THAT parent.

My girls have been growing up super fast. My oldest, Ansley, has been able to hold conversations with us for extended periods of time. She's also been able to sit through a full episode of Dora without getting distracted. To me, that was a signal of her being able to have an attention span of more than 30 minutes. Great timing, because Disney on Ice was coming with Mickey, Minnie, the Toy Story Gang, and a few others. I ran it by Ryan, and he said "sure" after a few moments of hesitation.

A few hours later, I purchased the ticket for what they called "VIP" seating. The only reason why I did this was because I knew my kids were short and that if they were closer, I thought that it might keep their attention span. Also, VIP sounded fancy and up close. It said that we were in Section 101 in Row 2. Which is kind of deceiving because we were actually 20 rows from the front. Fail #1. Even though Aubs would probably be sitting in our laps the whole time, we had to buy tickets at full price for the 4 of us. I realized after the ticket purchase that seats that were a level below VIP allowed for kids under two to sit in the parent's lap. Fail #2.

After buying the tickets, I did further research about what I needed to do to prepare for the show. I thought I was being smart for preparing for the worst. Ha. We'll get to the "ha" in a second. 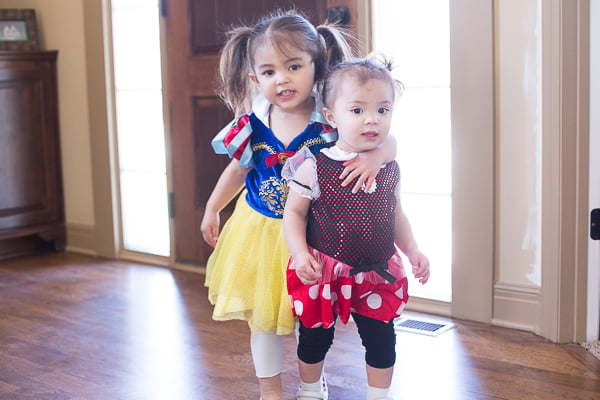 They also said that the vendors would try to sell you VERY expensive toys for the show that light up. I was going to buy them glow sticks to avoid the whining drama. At the time, I thought I was being smart. I bought these glowsticks here.

The week of the show, I hyped up the event to both Ansley and Aubrey. They were super pumped and wore their costumes every day leading up to the show day. Ansley kept asking every day if it was the "day of the show".

With all this planning, the day finally rolled around. I was so excited to see the looks on their faces. We loaded them up into the car. What was great was that travel time to the Sprint Center was 45 minutes. An awesome cat nap for them. It would be perfect. Here they are: 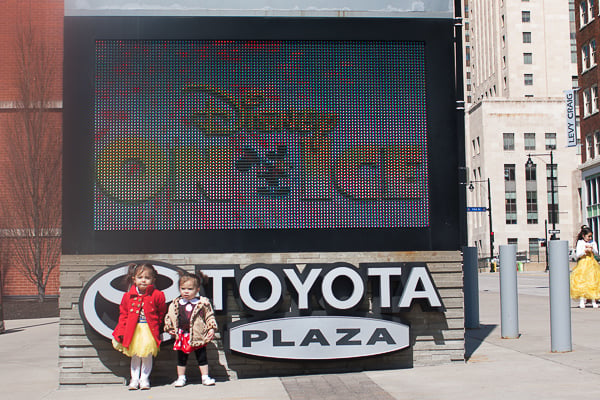 Fail #3: we got to the show 45 minutes early. The girls started getting antsy. They started whining. Here's a picture of us together at the show. Notice how the other seats were empty. Obviously, they were smarter parents.

Then the vendors rolled around with cotton candy at $12 a pop, snow cones at $18, and dangerously spinning light-up toys at $24 each. Obviously, rip off. And who the heck does snow cones for KIDS? Can you imagine the cleanup that has to occur? Poor cleaning crew. 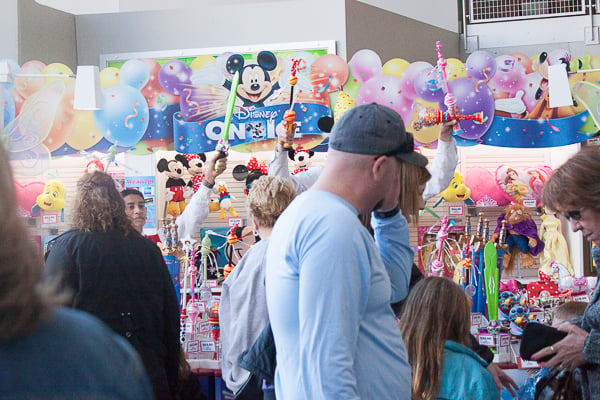 We got them to settle down by getting them something to eat. Don't get me started on the concession stands.

Finally, the show started. Lights dimmed. The glowsticks illuminated their faces as Mickey and Minnie started the show. My heart melted when I saw their excitement. It was a fleeting moment. I was excited that Snow White actually was in the show. When I got Ansley's costume initially, I just picked out a random princess. Whew! 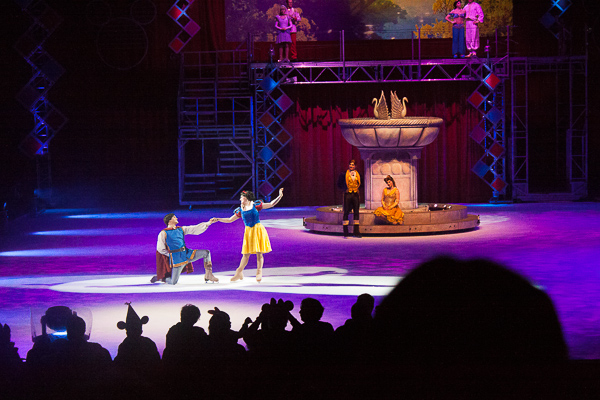 My smile faded soon after that moment. Not even five minutes later, Ansley turned to me and said, “I want to go home.” Fail #4.

After bribing both girls with another concession stand visit for overpriced pretzels, we got them to settle down and watch the show. What I didn't realize was that Ansley was not only eating her pretzel, but she was chewing on the end of her glow stick. This is how it went down.

We're at a quiet part of the show. Ansley starts screaming and freaking out. Unbeknownst to me, she chewed off the end of her glow stick. The room was super dark, so all I could see was this hodge podge of glow goo in her mouth. It was GLOWING. I really wanted to grab my camera to capture this awesome moment, but because other parents were around and would probably judge me, I grabbed a napkin to clean her off instead. Thankfully, I had gotten water from the concession stand previously where she could swish out the goo. All the while this was happening, Aubrey was eating popcorn off of the floor. (There was one previous show that day before ours.) Fail #5. 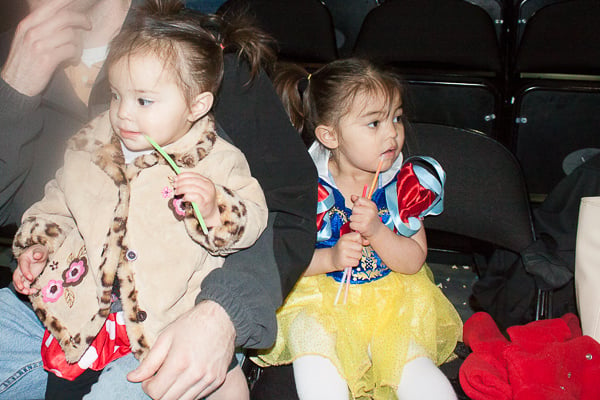 After one and a half hours of handing toddlers back and forth, three visits to the concession stands, and lots of bribery, the show was finally over. The grand finale: 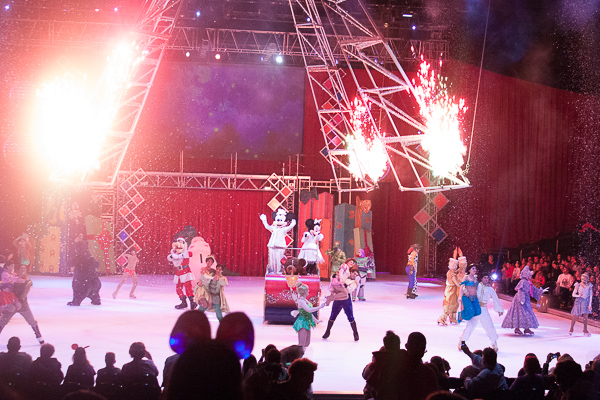 After the show, the kids were excited to just be moving. They look so innocent don't they?! Don't let them fool you. 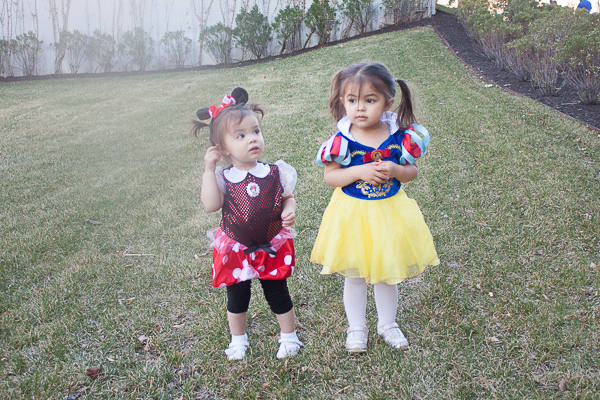 After we got into the car, with no words, Ryan and I looked at each other. He gave me a look. I gave in and said, “Shut up.” We strapped them into their car seats. They were passed out five minutes later.

In the end, not only did I have FIVE major FAILS, but I learned some other lessons. For parents who have toddlers in the making, learn from my mistakes. I'll save you the heartaches. Here are your takeaways:

I won't tell Ryan this to his face, but *cough* he was right.

If you liked this post about Disney, below are some other posts you may love: