Who would have thought that in 2003 when I decided to take over someone’s lease over the summer in college, I would be meeting the man of my dreams? And that six years later, we would be blessed with three kids? Not me.

After a decade of knowing each other, I tend to think that I can read him like a book. I’ve always told him not to get me anything IF I have to tell him WHAT to get for birthdays, anniversaries, and holidays. On top of that, the second criteria was that it has to be thoughtful. (Unless it’s a black handbag that I’ve been asking about for the last four years.)  I know, I’m demanding.

When I drive 40 minutes to get this Craigslist find that Ryan mentioned was the “coolest thing ever” as a gift a few years back, I expect a little more than me telling him what to get and then him buying it online. I sound like a total meanie don’t I? The thing is, even though I don’t like it, this guy below is now sitting front and center in our foyer display. Marriage is about compromise. 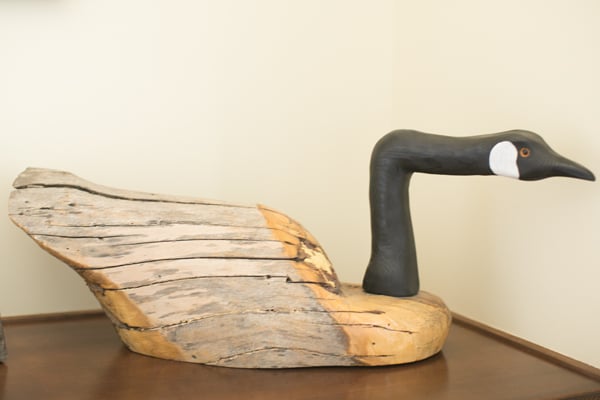 So last year, when he asked me what I wanted for our anniversary, I jokingly said a haiku and to go eat dinner at the most romantic places ever for our anniversary date with our two girls in tow – Texas Roadhouse (sarcasm if you couldn’t read through that).

Well, when he broke out a card with a 9 paragraph poem, I about fell out of the booth into some peanut shells. The poem was all in Ryan’s fashion of course. And yes, it met the criteria of thoughtful 1000x fold.

Here’s the card. It’s by no means sappy, and again, Ryan fashion. Its a “Congratulations” card. (Secretly, I love it.) 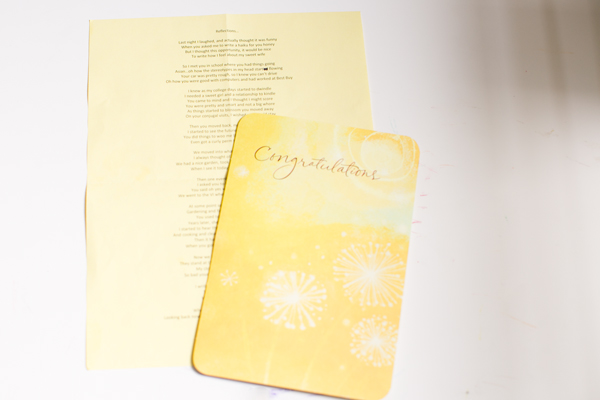 “Congrats!
We made it 5 years!!
I wrote you a poem.
In a few moments, my skillz will be known.
Love you deer with all my heart.” 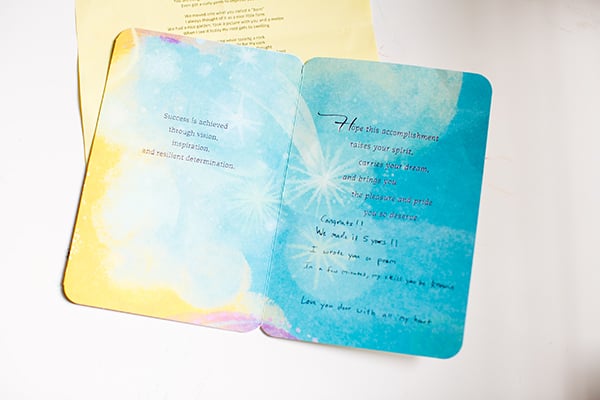 As for the poem, I can’t put the entire thing on the blog because its totally R (possibly X) rated on some parts. But he’s captured our relationship perfectly in his own style:

Last night I laughed, and actually thought it was funny
When you asked me to write a haiku for you honey
But I thought this opportunity, it would be nice
To write about how I feel about my sweet wife

So I met you in school where you had things going
Asian…oh how the stereotypes in my head start flowing
Your car was pretty rough, so I knew you can’t drive
Oh how you were good with computers and had worked with Best Buy

Then when you moved back, more close to my life
I started to see the future with you as my wife
You did things to woo me like fish, camp and cook
Even got a curly perm to improve your look

[I would include a photo here of my perm, but it was BAD. Like poodle bad.]

[2 other paragraphs R rated, probably would consider them X rated]

I write this stuff almost laughing with tears
Then I realize it has been five years
With all joking aside, truth be known
I love our family and our home
When I was younger I would imagine my wife
Looking back now you’re nothing alike,
But the greatest decision of my life

Not that this is a competition, but he’s so far won the best anniversary award. Can’t wait to see what he comes up with next. (I’m pretty sure he’s going to not do anything this year, wait a couple of years so that there’s no expectation, and then surprise me with something else. That’s typically his mode of operation.)

Below is one of my very favorite pictures of us. This was taken a day before we got married in the US Virgin Islands. It was raining that day – and all of us still decided to take in what the islands had to offer us – swimming and snorkeling while it was raining. 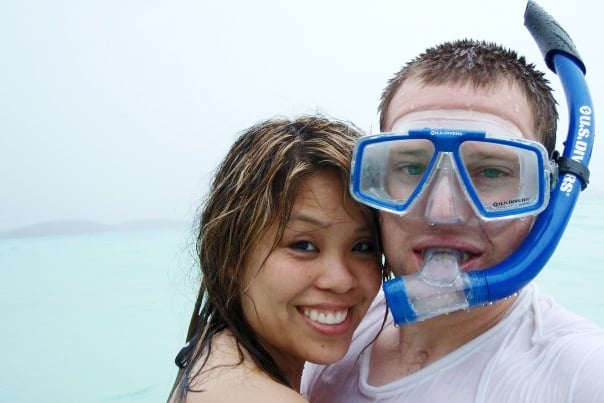 To my best friend: I’m not very good at putting words together like you are, but I love you with all my heart. As Ansley and Aubrey would say, “I love you TOO MUCH.”

Here’s a lookback on our previous anniversary post: What Its Like to be with Someone For Five Years.