I’m sure you clicked on the link because the title peaked your curiosity. Let me explain.

YESTERDAY marked 100 days from the passing of my amazing grandmother.

TODAY is what would have been my grandmother’s 97th birthday.

She was Buddhist. In a Buddhist eyes, the 100th day after your death is the day that you get reincarnated into another being. The fact that these two days were side by side strongly lead me to believe that it was not coincidence.

To Buddhism, however, death is not the end of life, it is merely the end of the body we inhabit in this life…where they will be born is a result of the past and the accumulation of positive and negative action, and the resultant karma (cause and effect) is a result of ones past actions.

This would lead to the person to be reborn in one of 6 realms which are; heaven, human beings, Asura, hungry ghost, animal and hell. Realms, according to the severity of ones karmic actions, Buddhists believe however, none of these places are permanent and one does not remain in any place indefinitely. So we can say that in Buddhism, life does not end, merely goes on in other forms that are the result of accumulated karma…we should not fear death as it will lead to rebirth.

If you read through that link, it talks a lot about karma. I remember my grandmother talking about karma and teaching us to do unto others as you would want them to do unto you, and how karma all brings it back.

She told all of kids a story which I will never forget. The story was prompted when one of us asked her why she had one eye (geez David!). She told us that when she was little she was at the market in Vietnam with her parents selling food. She said she had wandered off to another vendor’s stand and saw some fish laying in a bin. She took a stick and poked its eye out with the stick. She said karma came back to get her, and something flew into her eye when she was in her mid 30s. True story, she said.

Well, I’m sure karma will be with her through her reincarnation journey, because she has done so much in this world.

Yesterday afternoon, the family all met to have a small service at a Vietnamese temple for her 100th day that included a lot of praying, well wishes, and karma for her on her journey. 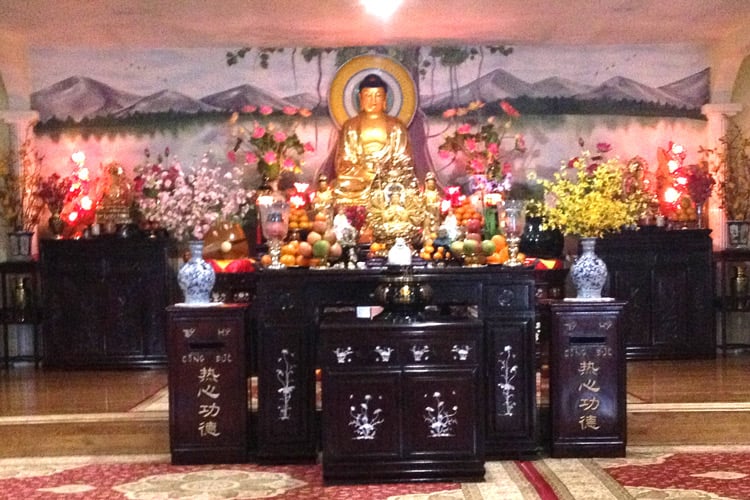 I have this funny feeling that today (her birthday) will be the birthday of her reincarnation. Happy birthday Grandma! 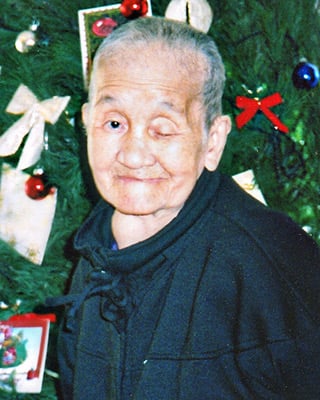