Happy birthday to my youngest daughter! Can you believe she’s one years old?!! 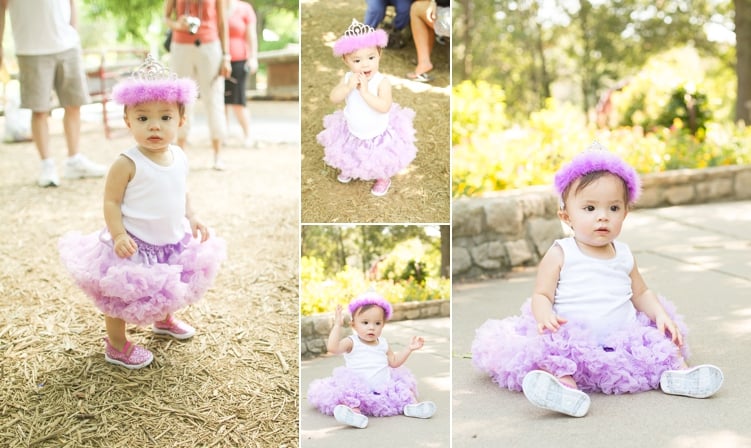 Before we get to the craziness that was her birthday celebration, let me give you some insight on this amazing little girl of mine:

I know, these baby days are almost over. That little cute face of hers won’t last long I know, so I’m trying to capture these fleeting moments when I can. She is growing up way too fast!!

Last Sunday, we celebrated her first birthday at Deanna Rose Children’s Farmstead. We decided to have it at Deanna Rose Farmstead because of the initial visit the girls and I took. Thank you to Sandy for this photo.

The Farmstead had an area dedicated to parties, so what’s better than inviting friends and family to celebrate for 30 minutes and then invite them to check out the Farmstead?! 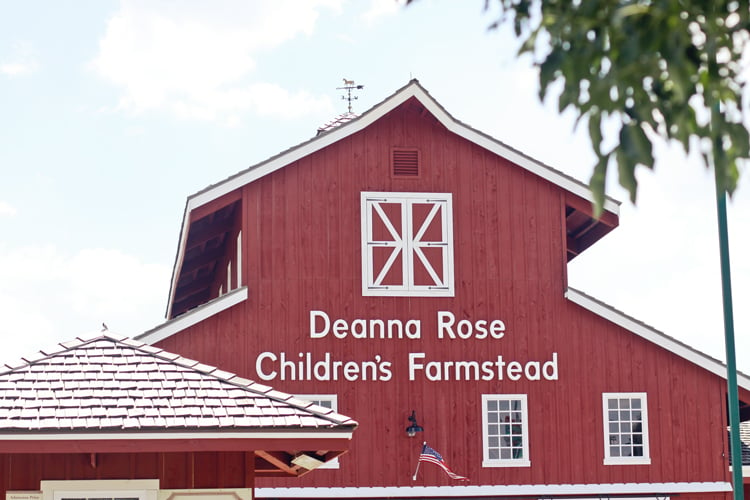 Before I get to how fun the actual party was, let me tell you what went down leading up to the party.

I always go overboard I know. So not only did I want to book the party and food, I just HAD to create these mini projects. I was going for a farm and purpley princess theme. I know, they don’t go together. I just had to try. 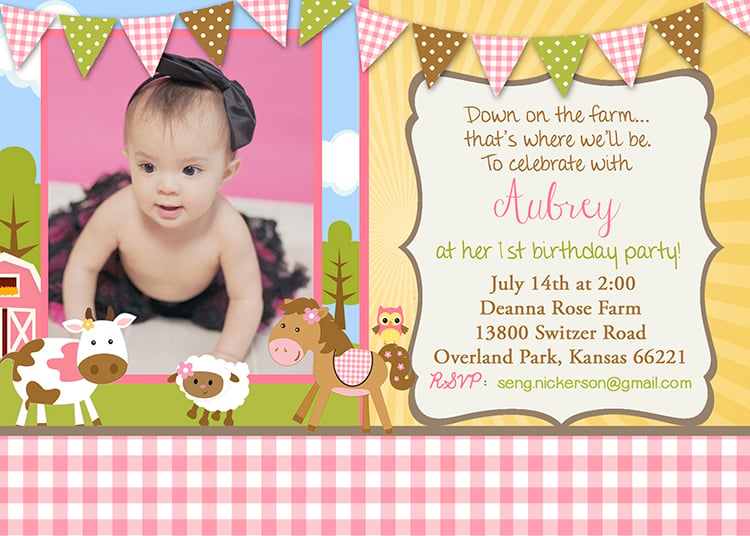 Purple Chiffon Tutu. With the exception of the top part of the tutu, I made this. Directions can be found here.

Treat Bags. Yes, this was a Pinterest idea that I found here. Making pig and cow treatbags was super easy. I found lots of “farm” goodies to stuff it with from Amazon.com and Party America. I forgot to get really good close up pictures of these…oh well. All that hard work 🙂 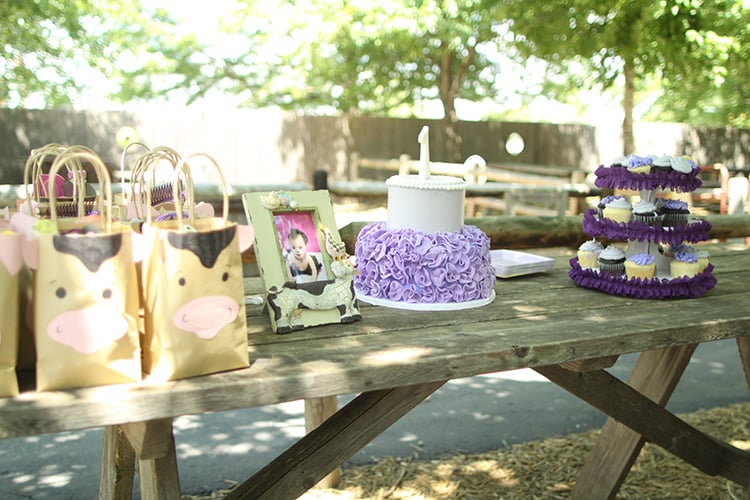 Poster Board. I’m not going to lie, I totally stole this idea from one of my clients (thanks Kristina).

Cupcake Stand. Just bought one from Michaels and decorated it with ribbon.

Cake and Cupcakes. From Amazing Cake. Thank you Lenni! 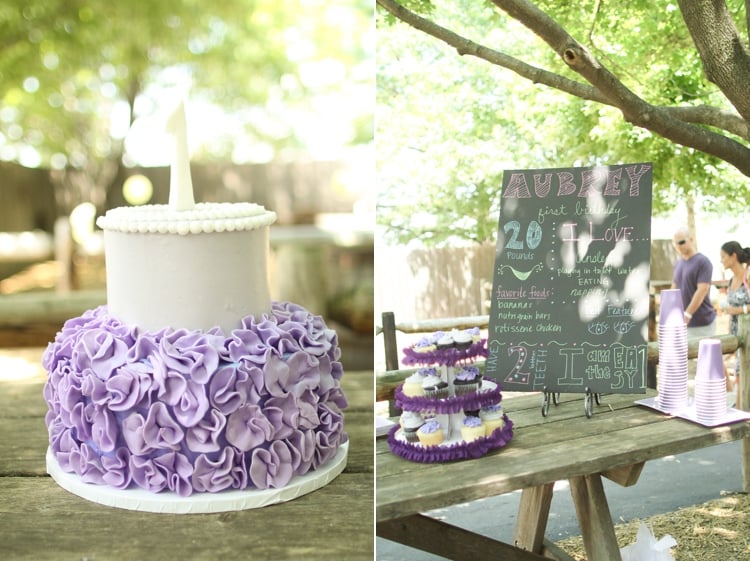 Once those projects were done, I had to pack them into the car along with:

It was kind of insanity that I was putting on myself, I freely admit that. I thought that I had all this planned out. I knew what I was going to need. What I didn’t account for was that Ryan would let Aubrey eat a little dish soap and her throwing up in the car as we were on our way to the party. Yep.

We were already running late, and all of a sudden – boom. Grossness. As Ryan was driving, I was cleaning, Aubrey was crying, and Ansley was saying, “Aubbie throw up” a billion times over and over and over.

When we finally made it, I had gotten her all cleaned up. Whew. I don’t think anyone would have thought anything went down…except for the fact that when our friends and family got close, they may have gotten a whiff of her. Ha!

Lastly, I forgot the knife for her cake! But I had enough cupcakes! Sigh. Who does that? Forgets a knife for the birthday cake?!! At a birthday party??!! Me that’s who.

Thank you to all of our friends and family that came out. It looks like everyone had a blast 🙂 Looking at this photo now, I think I scared the kids with all my screaming trying to get their attention. Not quite the facial expressions I was going for, but hey they are ALL in the photo. That’s what counts right? (P.S. Not representative of my true photography skills. Like I said, I had a lot going on.) 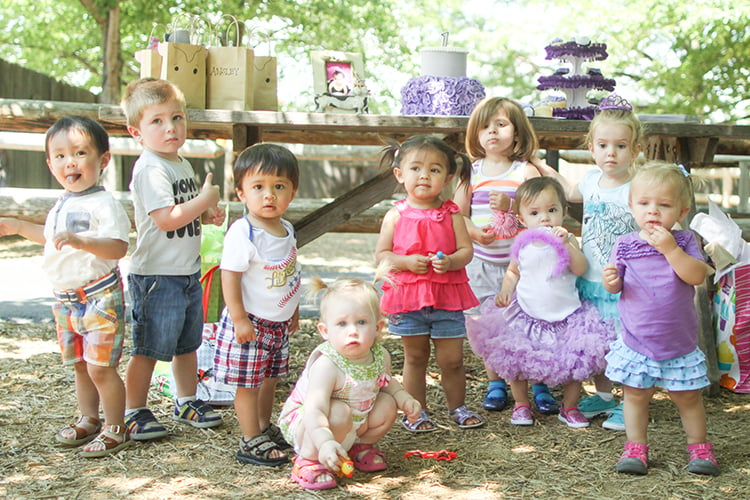 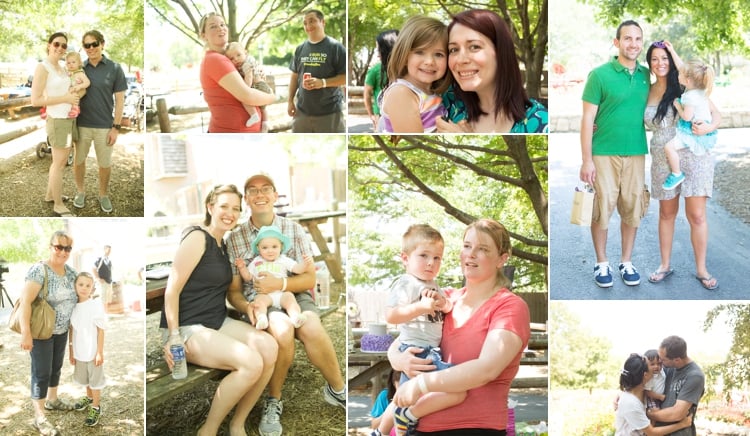 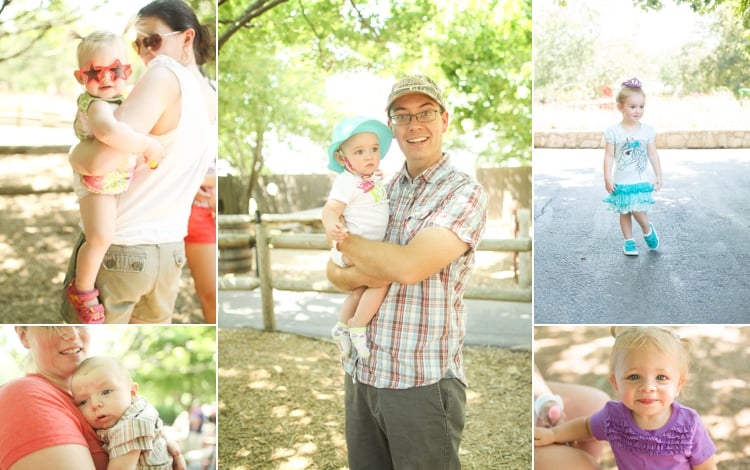 It was such a memorable day for all of us. Especially the grandparents (her other grandpa had to work, he was really sad missing it)! 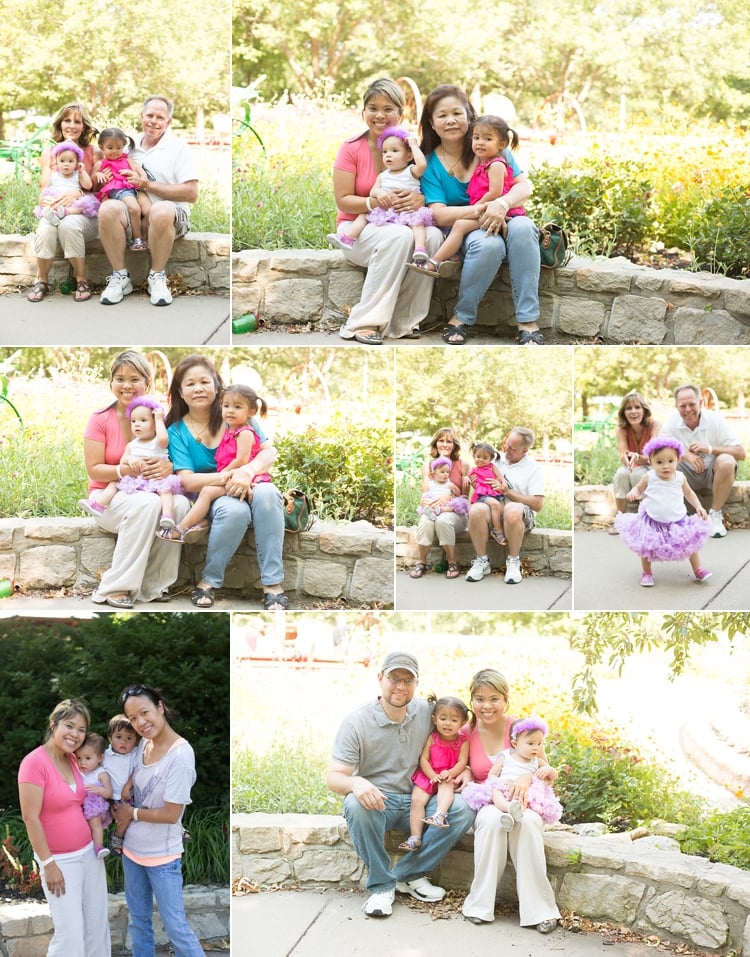 Aubrey – we love you and can’t wait to see what adventures you have in store for us in the future. Thank you for the memories of your first big birthday party that we will forever cherish, even if you threw up all over the car.

« A Special Place in my Heart
Aubrey’s First Birthday Photoshoot »