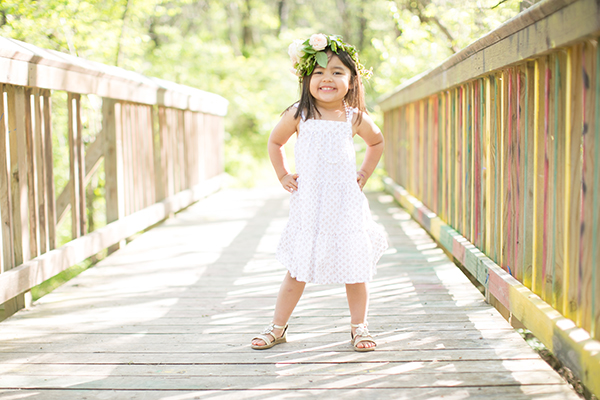 My oldest turns FOUR this weekend. Of the 2.5 kids I have in the house right now (Ryan counts as the half), Ansley is the MOST clingiest one of the bunch as well as the FUNNIEST (she’s a comedian and doesn’t even know it).

When I was compiling what to write for her annual birthday post, I went to my personal Facebook page to gather the list of funny quotes from her that I listed as my status update. I’m glad I have it as a record since I can never manage to go to my notebook to write down all of the funny things she says. Looking back on this last year of her quotes had Ryan and I laughing to the point of tears. For those that aren’t aware, when a child is between the age of three and four, they are starting to string together sentences and are at the cusp of being able to hold a full 20-minute conversation. And as they are maturing their speech, its hysterical:

Ansley: Mommy, how did you get a baby in your tummy?
Me (in shock): Um….ask your Daddy.
Ryan (also in shock, and one not to tell a lie): Let’s keep it simple Ansley, and we’ll just say that Daddy put it there. I’ll explain when you get older.

Ryan: I feel kind of sick.
Me (jokingly): Let me get one the kid’s thermometers that we’ve stuck in their butt so you can do an oral temperature on yourself.
Ansley (running from down the hall): Mommy, what are you going to put in daddy’s butt?!?

I was at Home Depot with both girls, and Ansley says in her loudest voice, “Mommy, I farted” with everyone snickering afterwards.

Not going to lie..on sabbatical and still taking kiddos to daycare. Ansley asked if I was going to change this morning for work, and I told a little white lie “Its pajama day at work.” I picked her up this afternoon, without skipping a beat after seeing me, she goes “Did you have fun during pajama day at work?! I always have fun at pajama day.

Ansley: Why mommy?
Me; Just because!
Ansley: (paused, reflecting) Because you said so?

After pulling an awesome car move, me: I got skillz Ansley!
Ansley: ohh … I want skittles!!

Daddy, you are making me nervous! (After seeing Ryan sitting too close to the edge of the truck bed.)

“Worms don’t bite because they don’t have faces,” conclusions drawn from my almost 4 year old.

Ryan’s making a run to the store…and asked what else was needed. Ansley chimes in and says, “Apple Juice, Orange Juice, Mac and Cheese, Bananas, Strawberries ….” She’s good. Almost 4 and already making grocery lists in her head.

Me: Ansley next next year you are going to kindergarten!! Can you believe that?
Ans: Oh…. I like to grow stuff! (“garten” was interpreted as “garden”)
Me: What?
Ans: I like growing stuff in the garden!!!!!

Not only has she been quotable this year, she’s grown up so much. In a way, I’m kind of sad she is growing up so fast. She is such a sassafras. As much as I hate to admit it, she’s her momma’s daughter.

Its crazy to see how much she has learned in a year’s time. To Ansley’s family and teachers, I wanted to take a moment to thank you for everything you’ve taught her this year. It’s amazing to see the big stride’s she’s made in the last year:

Her personality has come in full force this year. One in particular is Ansley’s need for perfection (I believe she gets this from her daddy):

She also knows how to manipulate the system, like:

Mom and Dad love you very much. You are a smart, sweet, kind, brave, fearless girl who has a heart of gold. We can’t wait to see what you have in store for us next year.

For the previous birthday posts, see below: