What a life God has blessed me with. My growing family is truly a gift.

My second child, Aubrey, was born to us 8 days ago. The entire family is doing well. My first daughter, Ansley, loves Aubrey, although she might be showing a little bit of jealousy through her tantrums. So we’ve been giving Ansley a ton of undivided attention. Aubrey is very healthy and well – she’s a very calm baby who loves to eat!

And for those parents who are expecting their second, these two statements held true for us:

Finally, here is the story of Aubrey’s birth:

Monday, July 16th was a normal work day for me. I was on a 8:00am 2-hour long conference call. During the conference call, my water broke … at work. I quickly went to the bathroom, cleaned up. Thankfully, I had a long t-shirt that covered my behind and walked out of the office hopefully unnoticed. Although I didn’t have any contractions, I drove myself to the doctors office.

During the visit, the doctor stated that I could wait it out until I had contractions or she could induce me. The first thought that went through my head were the Pitocin contractions from Ansley’s birth. I told her that I would wait it out and scheduled an induction for two days later (Wednesday) in case contractions didn’t come. She checked me for my current dilation, and I was still dilated at 4cm just like the last visit.

Monday and Tuesday went by – and I still had no contractions. On Tuesday night, Ryan and I took Ansley up North to stay with Grandma and Grandpa since our induction on Wednesday was scheduled for 7:00am. Good thing we did that, because at 3:30am – my contractions started. At first, I thought it was baby just moving around a bunch – but then my belly started hurting. I called the doctor, and the doctor told me to come in.

Even though I heard that second babies come fairly quickly, I told Ryan to stop and get some breakfast at Quick Trip since the contractions were still 15 minutes apart. I was having cravings for chocolate donuts with the contractions 🙂 A few minutes later, the contractions started coming more fierce and got a lot closer. It was a 20 minute ride down to the hospital.

When we got to the hospital, the nurse checked me and found that I was 7 cm dilated and 80% effaced. We were put in the SAME room that I birthed Ansley. How amazing is that?!

I told the nurse about my last go ’round about how I wanted to birth naturally. She said that based on what she saw, she said I could possibly do it with this one. I said, “No thank you, and bring on the epidural.”

The anesthesiologist came in about an hour later and gave me the epidural. After that, it was smooth sailing. All I felt was pressure, no pain – it was a totally opposite experience than with my first baby. Both Ryan and I were in good spirits, and not worn out. Everything was smooth. My obstetrician told me that her goal for baby’s birth was for us not to miss a normal meal – which meant that the baby would come by lunch. She also said that she would not have to induce me.

About 8.5 hours later, the nurse checked me and I was at a 10. She told me to do two practice pushes through two contractions. The nurse saw the head, then immediately called the doctor.

The doctor came in and told me to push. I pushed as hard as I could. After two pushes through one contraction, baby’s head came out. She told me to do two half pushes, and the rest of baby arrived. 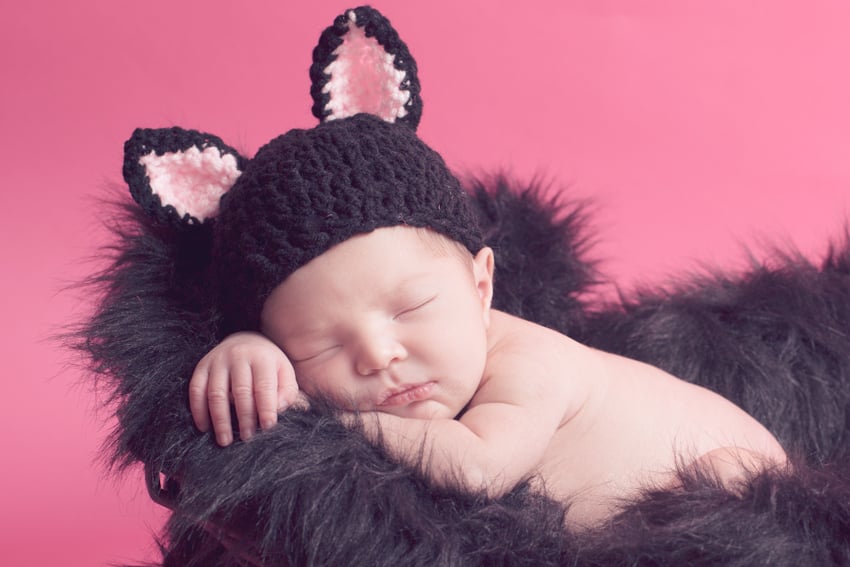