Can I just say: I'm so excited that Spring is here! We were all getting a little cabin fever - Aubrey is getting into the terrible twos, Ansley is needy, and Ryan is getting needy too.

One of the things that got us through the "winter blues" was getting the girls each a tablet! I know, I know what you are going to say: Too much screen time is bad for kids. I understand that there are lots of different opinions out there on how much screen time your children should have. I get it. I totally do. All that aside, lets just talk through why I like the product itself. 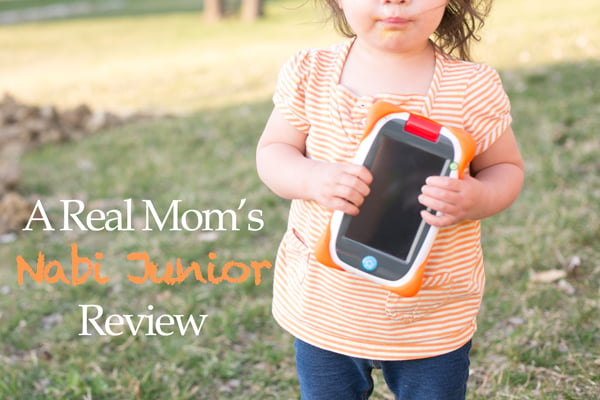 I first heard about Nabi's in general from their old daycare center. They had just got a batch in for the students over the holidays. When I saw the Nabi's for the first time, my initial impression was: dang, those tablets look rugged!

Admittedly, I went into Best Buy a few months later to buy a tablet without a specific one in mind. I was basically tired of Ansley constantly gravitating to my phone wanting to watch YouTube videos.  So, what did I do? I went comparison shopping WHILE shopping (a salesman's favorite type of customer). I did little research. I ended coming home with the Nabi Junior 4GB for Ansley. As I was shopping, I did think about other options, such as the Amazon Kindle Fire and the Apple iPad mini (cheapest price is from Wal-Mart). Knowing how rough my kids are with their toys AND coupled with the fact that I would have to buy protective coverings for them (whereas the Nabi Junior already had the rubber bumpers included), I decided to get the Nabi Junior 4GB at $99. After watching Ansley's experience with it, a few months later got my youngest the Nabi Junior Nickelodeon Version with 16GB. The ONLY reason I upgraded was because the girls really loved Dora and the fact that it would save me time from having to download apps (time = money).

On shopping sprees like this (where I spend a lot of money in a span of 30 minutes), I usually have buyers remorse. This was the exception.

The unboxing and setting up process took less than ten minutes, and that includes setting up the wifi and registering the devices. Parents, you know how antsy kids get during the unpackaging phase. The Nabi Junior packaging team made it super easy to unpackage. 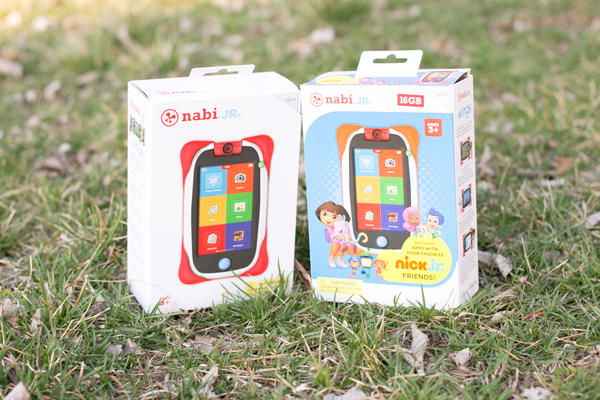 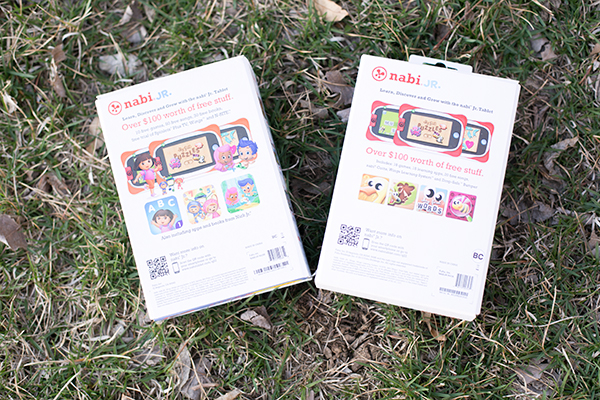 When Ansley got hers at 18 months, she quickly learned how to navigate within a couple of minutes. When Aubrey got hers, Ansley wanted to switch because the newer version had Nickelodeon apps already installed (with Dora).

From my experience, the Nabi Junior was perfectly built for MY kids!! If we were standing in line or traveling in the car for long periods of time, I took out these bad boys, and the girls were content (most of the time). And for transparency, I was not compensated for this post (but dang, I wish I was). 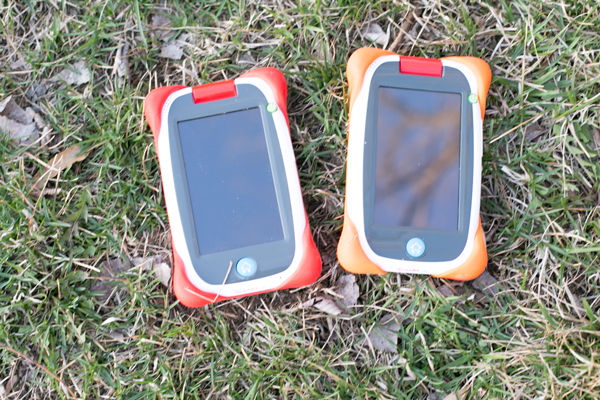 The 4GB and 16GB Nabi Juniors are a little different. I should have reached and comparison shopped a little more before the purchase, but now you get to learn abou them based on my personal experience with both. For an additional $40, you get additional apps, a faster processor, and more storage with the 16GB. That's pretty much it in a nutshell. As a gadget person, this would be super important for me. But these tablets were for the KIDS, and the 4GB was just fine. For kids, if you are thinking about paying the extra premium, TO ME, you would be paying for the time savings of not having to buy/install additional apps for Dora.

I know you can find the specifications on each at Amazon.com or (my personal favorite) bhphotovideo.com. I won't bore you with those details. Here are the main differences between the Nabi Junior 4GB and Nabi Junior 16GB Nickelodeon:

The Nabi Juniors have in general the following things in common:

The following are the only additional apps that I've added. There are only a few listed because I honestly haven't had time to browse for new ones. (Honestly, this is because I'm not as familiar with the android platfrom and the various stores you can buy apps from.) The kids are happy when the ones that come preloaded with them anyway!

In addition the the features and specifications, I also wanted to talk about their customer service. It is TOP NOTCH! Two events occurred:

Another difference that you may find are the Nabi chargers. See the image below. They function the same, but are positioned a bit differently. Hopefully, you get the one on the right because (a) the prongs fold in and (b) it is more space efficient when you are using it on a power strip. 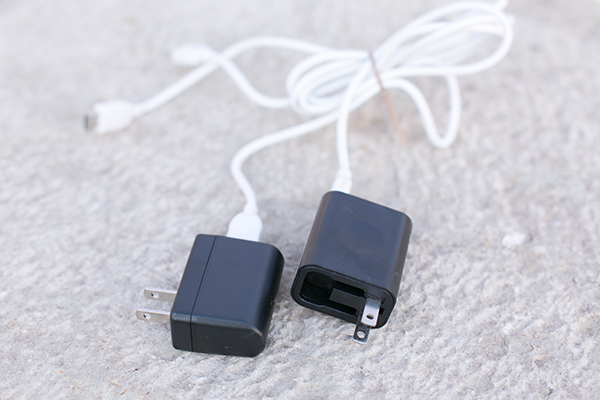 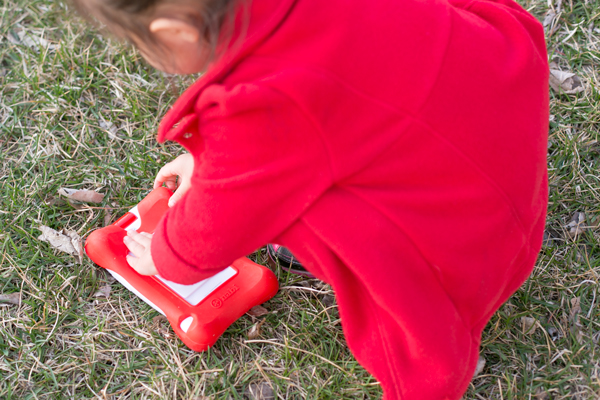 For more detailed specifications, go to the following specific links that will take you to the product reviews:

Recommendations on WHERE to buy:

All in all, the Nabi Junior (both the 4GB and 16GB) has worked well with my toddlers who are 1.5 and 2.5 years old. Although I can't compare this to a Kindle Fire or an iPad, my kids really love their Nabi.

What tablet did you choose for your kids and why?

P.S. In full disclosure with the spring and summer coming in full force, their Nabi's are being confiscated at home and will be only released when we are in the car or traveling.