Urban dictionary definition for “Irish Twins”: Two people born less than 12 months apart (from the stereotype that Irish Catholics have many children).

My two girls are “almost” Irish Twins – Ansley and Aubrey are 13.5 months apart. And let me tell you, life has been pretty crazy.

I was crazy for thinking that with 12 weeks of maternity leave and Ansley being at daycare – I would have tons of time to get stuff accomplished at home. Truth is, its the exact opposite.

The first week, I think Aubrey tricked us. Initially, she didn’t really cry or fuss. Ryan and I thought it was great. She slept all the time. Ansley, on the other hand, was crazy that first week. From the moment she got home from daycare, she would cry and cry and cry. We had a feeling she was throwing tantrums because of Aubrey. The pediatrician said that we would need to each spend a half hour with her every night, each of us individually, in a separate room from Aubrey so she could get some attention. And we did. And it worked.

I’ve been getting sleep when I can, mostly in thirty minute spurts. I did manage to get Aubrey’s newborn pictures done as well as her announcements – and sent them out! Yeah – see below 🙂 Isn’t it cute? 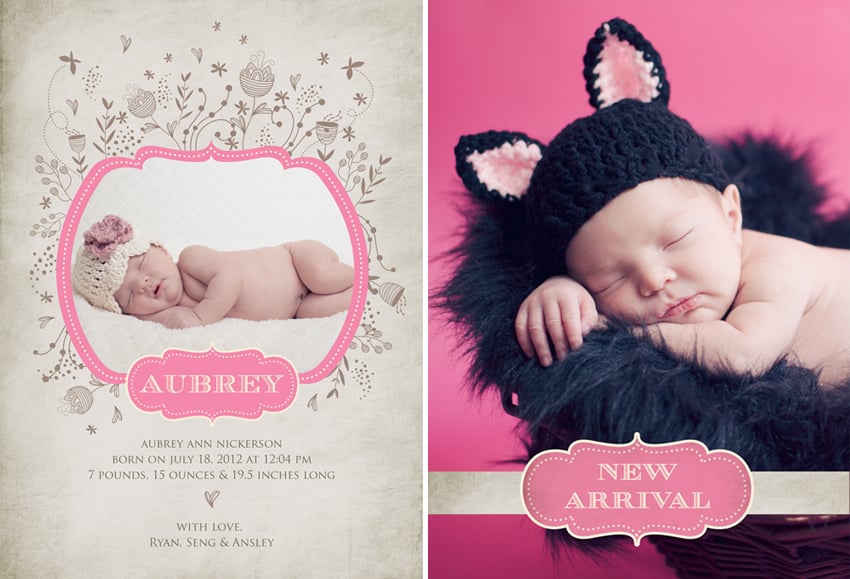 I’ve been proud that I’ve been able to keep up with the laundry and cook dinner on most nights. That’s an accomplishment in itself when you have a 14 month old and a two week old.

What’s great is that Ansley now sleeps in her own bed! She has not for the last two months slept in our bed. She is also off formula (yeah!) – so that’s saving us money (which will be spent on Aubrey’s diapers now). She has also quit the bottle cold turkey – and now on sippy cups. Woot woot!

Aubrey, on the other hand, does not take a pacifier and uses me as one. Its been stated that breast fed babies don’t poop as much, but I’m finding with Aubrey she does not follow rules or guidelines. This girl poops at least 12 times a day – and the pediatrician says its normal. Go figure.

Lately, I have tried, and failed miserably, to do a photo with both Ansley and Aubrey together, but both girls would not cooperate. I get the back of Ansley’s head or a weird look from Aubrey 🙂 Being a mom and a photographer at the same time is tough work. I mean, this is not a great photo AT ALL, but I wanted to show you what I was dealing with: 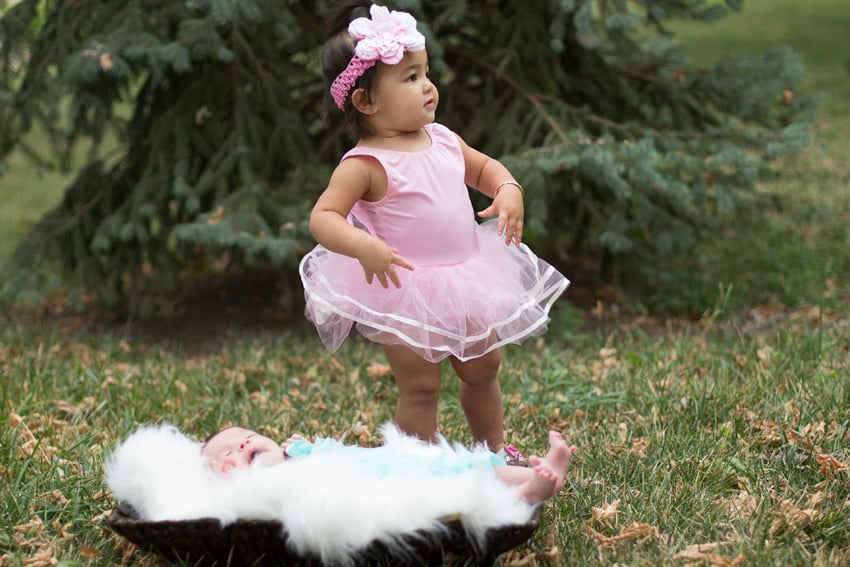 Here are some individual ones: 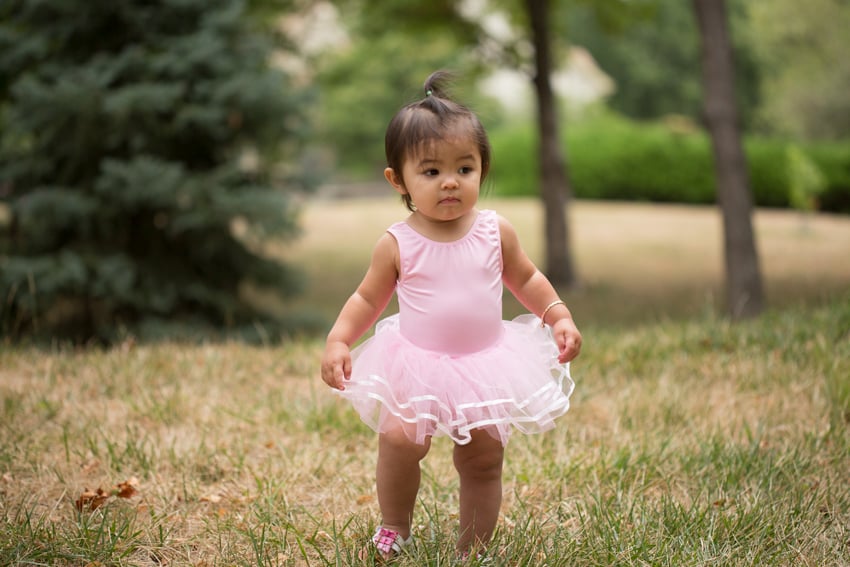 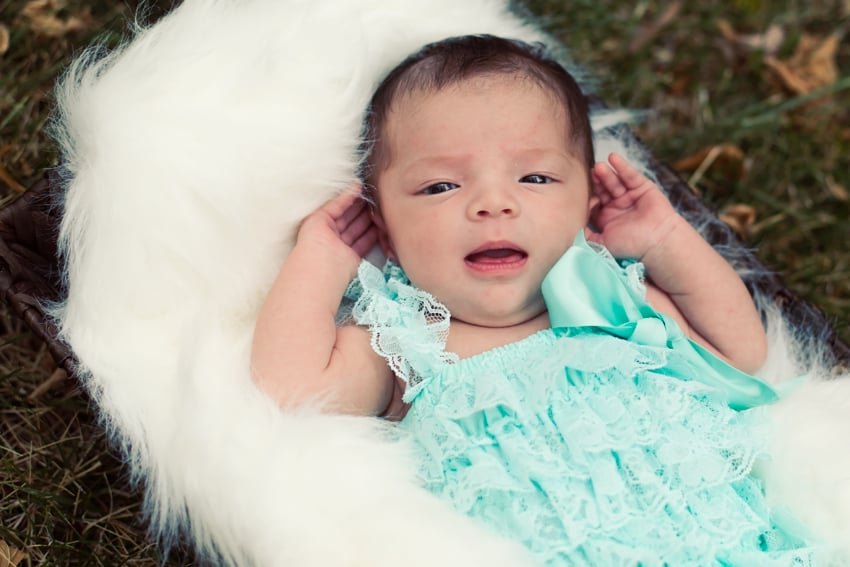 For those that are trying for Irish Twins (or having them accidentally), its a lot of work (and I’m only three weeks in). Its tough. It may make you cry some nights. In the end, its totally worth it when you see your little toddler giving her little sibling a kissy kiss on her forehead.