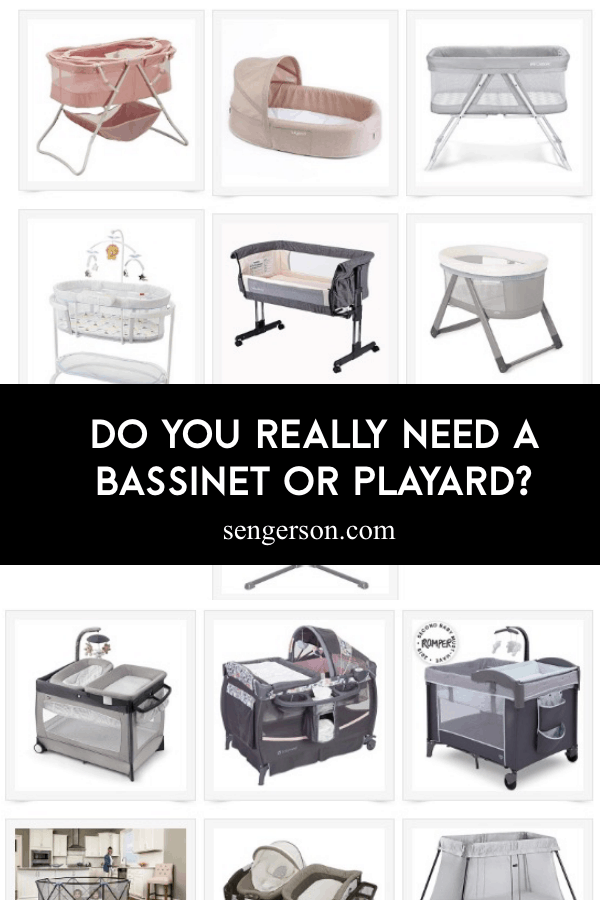 Today, I'm going to talk specifically about what items there are in terms of portable sleeping cribs for your little one!

What is the difference between a bassinet and a Pack 'N Play?

A bassinet is a very small crib that is for your newborn baby. Traditionally, it has a hood and most often is movable. Some of them can be placed on the floor while other bassinets have structures that the bassinet sits on top of. Bassinets are typically smaller as compared to the Pack 'N Play, and your baby will typically outgrow this when the three month milestone is met.

The Pack 'N Play is actually branded by Graco, a company that makes American baby products. Their branded "Pack 'N Play" is used synonymously with a sleeping and playing space that is portable for your child. This portable play space can typically be packed up into a smaller folded space so that you can travel with it or store it somewhere conveniently.

What is a playard versus a Pack 'N Play?

A playard is another term for the Graco branded Pack 'N Play. They essentially mean the same thing. It is a portable, multifunctional piece of furniture that is a crib, travel crip, and napper. Some of these playards have bassinets attached to them as an additional piece of equipment as well as musical mobiles. 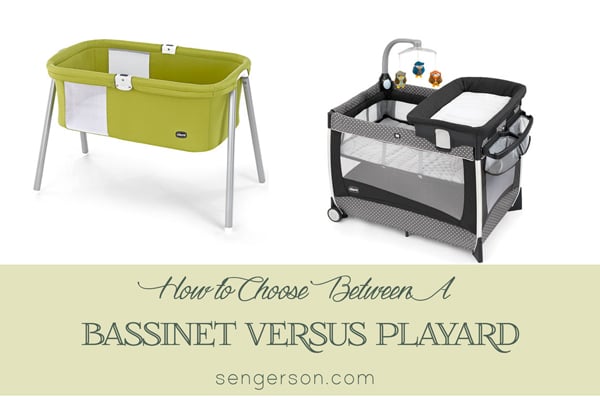 What's the difference between a bassinet and a crib?

A bassinet is typically a smaller piece of furniture that is also portable. You would have a bassinet for when the baby is newborn to three months, basically the time when the new baby is being adjusted in the home. A bassinet is smaller and allows the baby to nap.

A crib is a larger piece of furniture that is situated in the baby's room and will stay there until the baby is potentially 2-3 years old.

What's the difference between a playpen and a bassinet?

A playpen is a more basic version of a playard that just allows your little to have a secure play space and sleep. A playard will typically have more bells and whistles, such as a removable bassinet, changing station, toys, lights, etc tied to the playpen.

How do you choose between a playard, a bassinet, or a crib?

Here are the three things you have to ask yourself when choosing between each of these types of baby furniture. I've also added my personal experience below each one.

The reason why I call this out is for homes that have rooms in close proximity to each other, a playard would be the best bet - as it will remain in the same area and it's easy enough to change it from a changing station, play area, and a bassinet. However, if you feel as though you'll need to maneuver between rooms, a bassinet is smaller to break down (if it needs to be broken down at all) to transport to the room.

With my first two kids, we lived in a tiny little apartment. I was basically confined to a 900 sq ft space, so the playard was perfect for us! But in total honesty, in terms of a changing station, I remember changing diapers everywhere - on our bed, on our floor, on the nearest couch (obviously, using a diaper mat). So the playard was used mainly as a bassinet and then later as a playard.

How often will you be doing overnights or travelling between the time your kid is born to 9 months?

You'll need to think about how often you plan on traveling as well as how much room you have for it. There are some bassinets that can be portable, but more often times they are not.

For us, the one visit that we made to Saint Louis for a wedding made the portability of our playard worth it! The hotel provided a playard that looked antiquated and dangerous, so we were so glad we packed our Chicco Playard

How much are you willing to spend for convenience?

A bassinet by itself is typically half the price of a playard (unless you went with some fashionable, trendy, fancy bassinet that I've seen as of late in celebrity gossip magazines). However, it will only last you until the baby is about 3 months old (if that).

With my second child, we moved from the small apartment to our current home when she was about 3 months old. With our newfound larger space, I had the need to put the playard in our living room and have a separate bassinet in our bedroom. We got both only because our living space situation changed. The bassinet was super easy to maneuver in our bedroom and was smaller, so didn't take a lot of room. The playard had its own wall space in the living room.

There you have it - three questions to ask yourself when deciding between a playard, bassinet, or even getting both.

What We Chose for Our Family

I'm not going to lie, but I got the Chicco Baby Playard because I copied one of my friend's baby registries.

Here are some pictures of the Chicco Baby Playard that we got with our first kiddo.

This is how nicely it folds up:

And how easily it folds out:

Here's what it looks like all folded out (without the diaper changing station and bassinet installed). I will say it took a little bit to get the handles to straighten, so before you buy, you might want to figure out how easy it is to get the playard to snap back up and down! 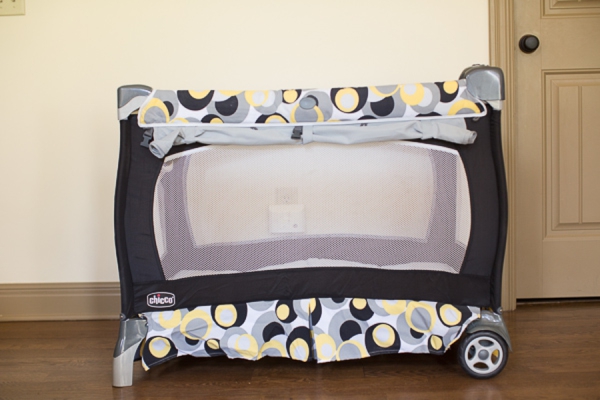 Here are my favorite picks for a playard with a bassinet

Sometimes, you'll be able to find one piece of furniture that pretty much solves the need of everything. You could potentially remove pieces of furniture to convert it into the sleeping or playing space you need. Here are some of the best picks on items act like a playard and a bassinet. These are some of the best playard with bassinet options available for new moms.

Here are some of my favorite picks for bassinets for new moms!

If you are looking for a playard or Pack 'N Play (basically any time of travelling and portable sleeping space for your baby), here are some of the favorite ones on the market today!

For new parents out there, what are you planning to get? Current parents, what do you think - what did I miss?

Check out my other curated posts on baby 0-3 months essentials, 3 to 6 months baby must haves, and baby essentials 6 to 9 month for every new parent!