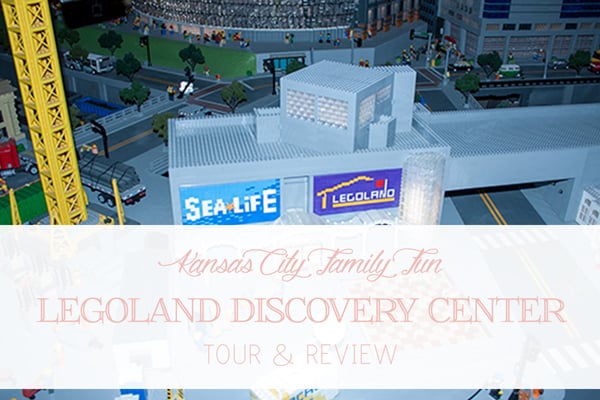 In 2012, Legoland Discovery Center opened in Kansas City and we’ve been planning on taking the girls when the youngest was at least 2. Even with the best of plans, the day we decided to go, the hubs was super sick. I called up my cousin last weekend for an impromptu visit to Legoland Discovery Center with her family. Secretly for me, what this also meant is that we would now have a 1:1 ratio on this weekend field trip!

Legoland Discovery Center are one of those activities that are amazing for cold, wintery days when your cabin fever reaches its peak! Off we went. Can you tell they were excited? 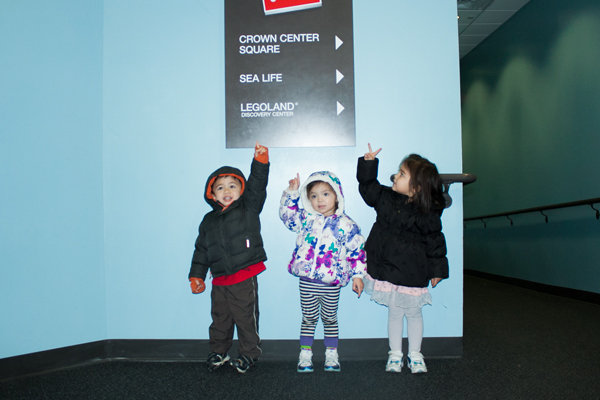 This is one of those heart warming moments. All bundled up in their “marshmallow” coats, they walked into the soft snow flurries into Crown Center Square to make their way into … 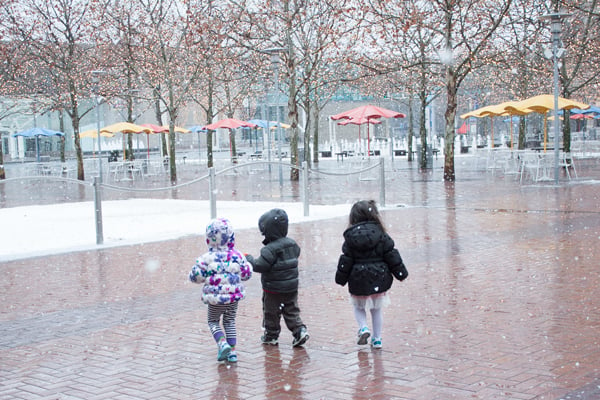 Legoland!!!! It was way too cold for me to walk 20 feet for a picture of the front, but I can tell you their lego model rendering sets it up perfectly 🙂 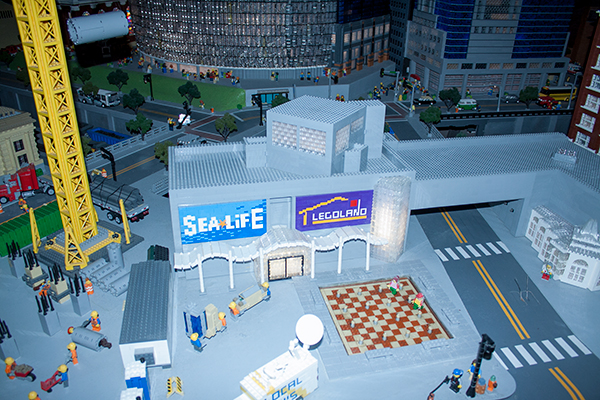 As we made it to the ticketing booth, the Sea Life Aquarium caught their attention. Smart business move. Let the kids get distracted while parents figure out the ticket situation. Pricing can be found here, and I’d recommend buying tickets online to save yourselves some money. Children 2 & under visit FREE. 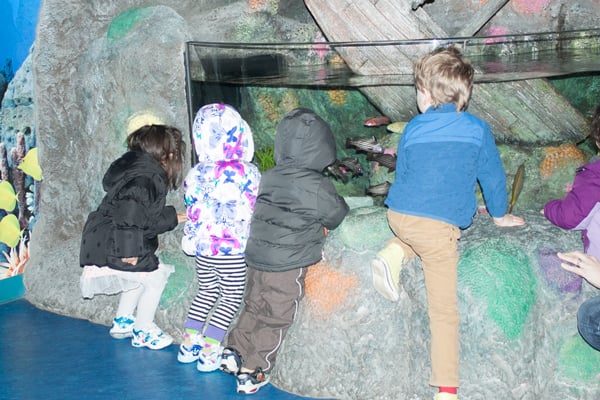 We were then led into a picture scene and took some pictures of us prior to the experience. The tour guide then led us to a set of elevators, where they took us to an area and a new tour guide showed us how legos were made. They even gave the kiddo’s a set of yellow lego toys as souveniers. 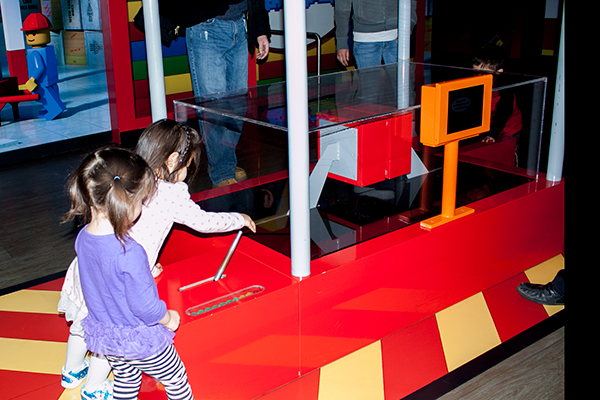 After that, the tour guide disappeared and it led into the self tour area! After visiting each area, there were stamp stations where kids could get their hand stamped! 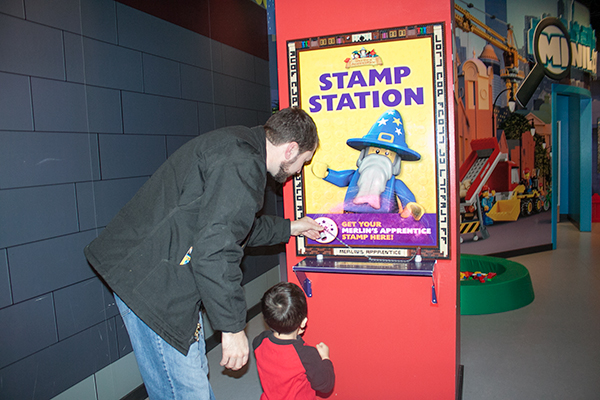 The Discovery Center offers two themed rides, a 4-D theater (which we did not visit), a mini-model of KC plus a shop and cafe. One of the rides was “Save the Princess”. It was equipped with a laser gun partnered with a scoring system embedded into the ride. Ansley and her little cousin Reese loved it! My little Aubster who is scared of everything did not enjoy it. 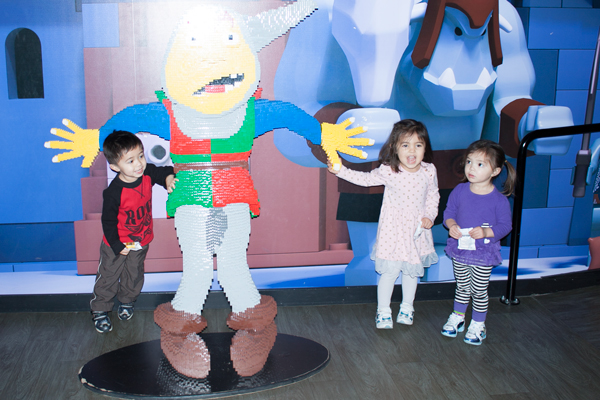 There was also a ride where it spun around and went up and down based on your pedal speed. With me being pregnant, my cousin Lisa rode with Ansley! Doesn’t that look like a blast? 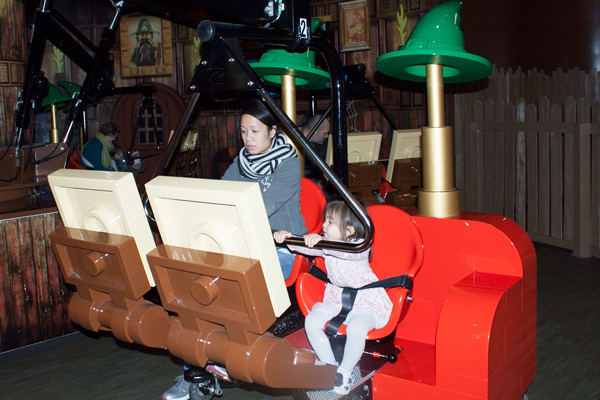 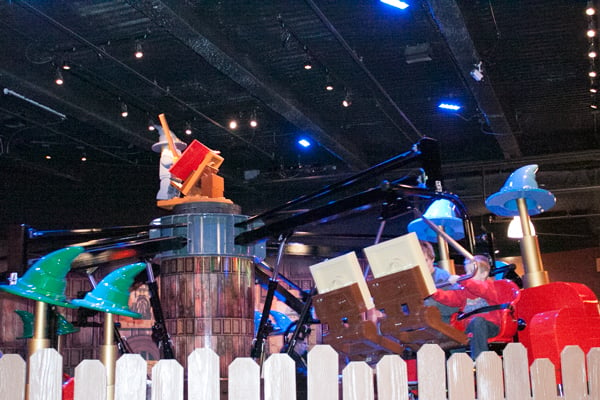 As the Aubster waited for her big sister, she was more than happy to pose for pictures with the model statues. 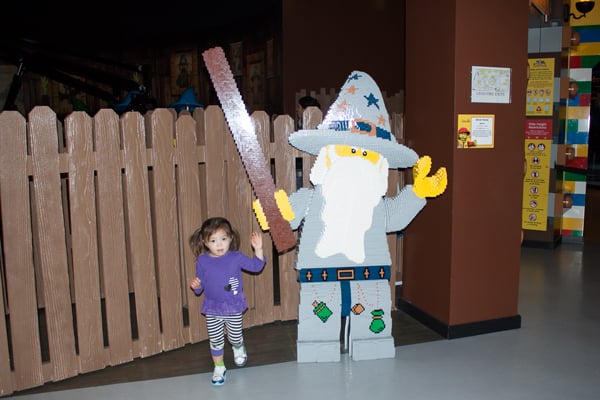 There were awesome lego model set ups. Here was one of them of the Chief’s stadium! How cool is that? Lisa couldn’t figure out what “Buddy” and “Spring” stood for 🙂 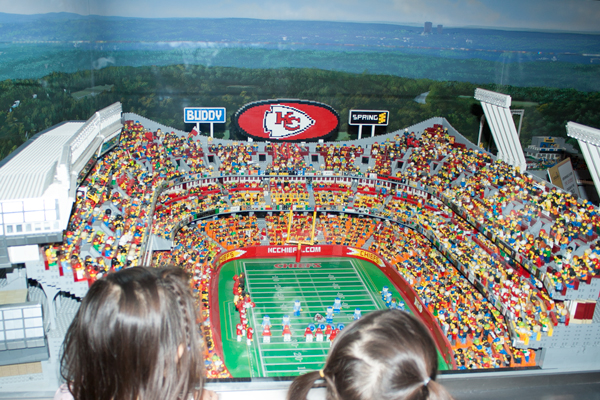 They also had a one way entry play area, which helps to make sure your kid doesn’t disappear on one end! Its one of the bigger play areas that I have seen!! 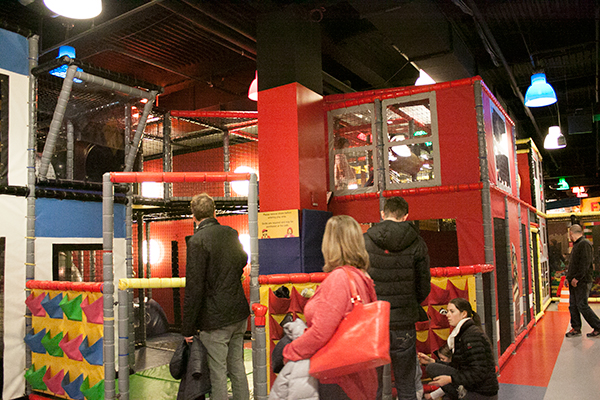 There were also smaller areas for wee little ones if the other play area gets too rowdy! 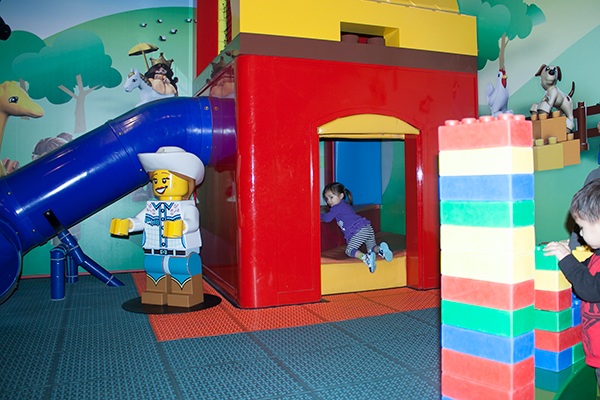 Here she is posing again. 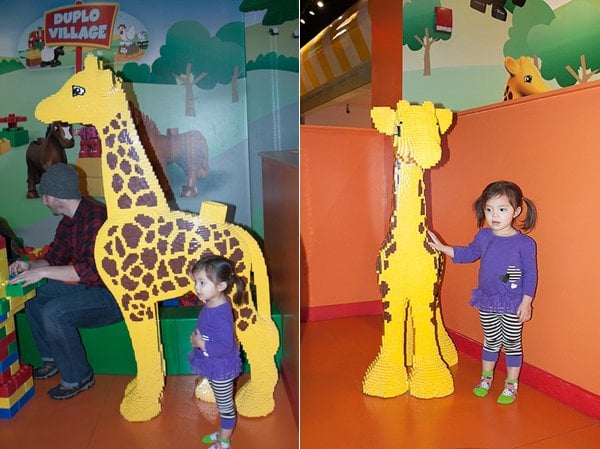 All in all, it was a fun visit to Legoland Discovery Center! I would recommend it to anyone who has kids over 30 months! If you have the time, I would also check out Sea Life and have lunch at Fritz’s if you’ve never been!