This shop has been compensated by Collective Bias, Inc. and its advertiser. All opinions are mine alone. Thank you for supporting the brands that help make this blog possible. #FindingDelicious #CollectiveBias

With summertime here, I thought that things would get a little less busy in this household. However, it’s been a whirlwind of fun, craziness and fun. Some of the things I promised the girls that we would do included fun crafts! They’ve been asking about Disney Pixar Finding Dory because we have been seeing inspiration everywhere, including at Target as we were doing our usual grocery shopping. I decided to get a few supplies, including a quick snack while we made the craft! Disney/Pixar’s Finding Dory branded Campbell’s soup and Pepperidge Farm Goldfish® crackers were a quick fix meal solution for me that night. 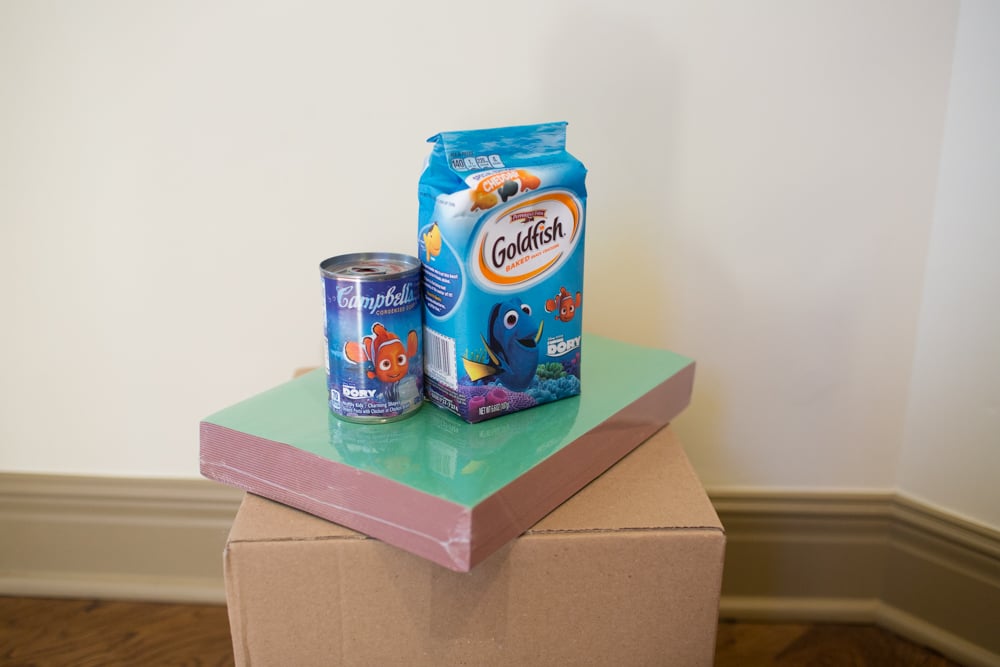 These supplies are probably things you already have laying around the house!

Find a generous spot where your kids can space out make their creations. It might get a little messy. 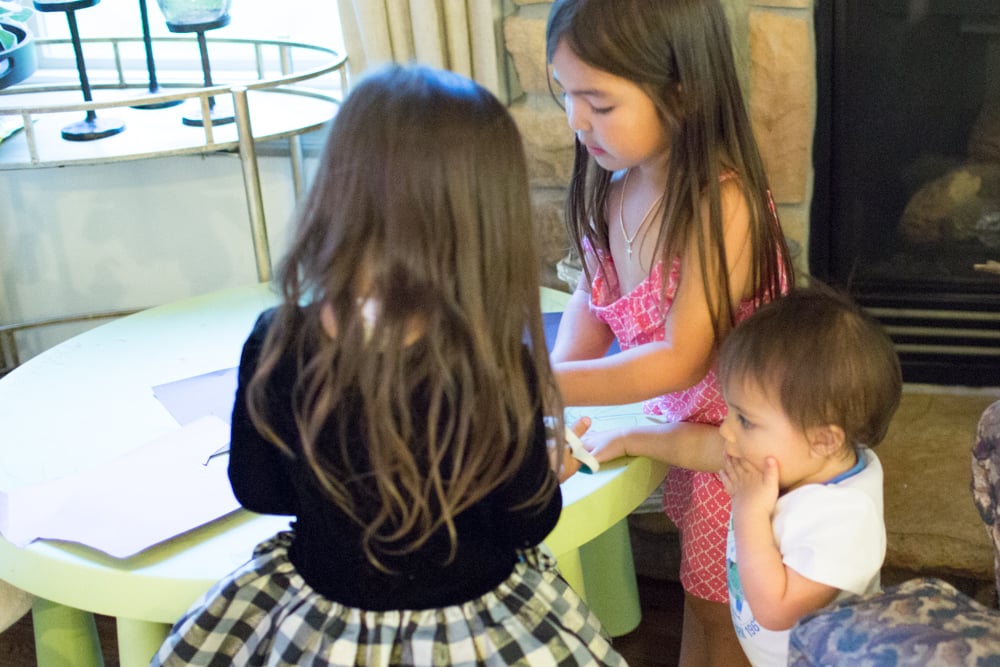 Next, use blue construction paper to line the inside of the box to make the background of the aquarium. 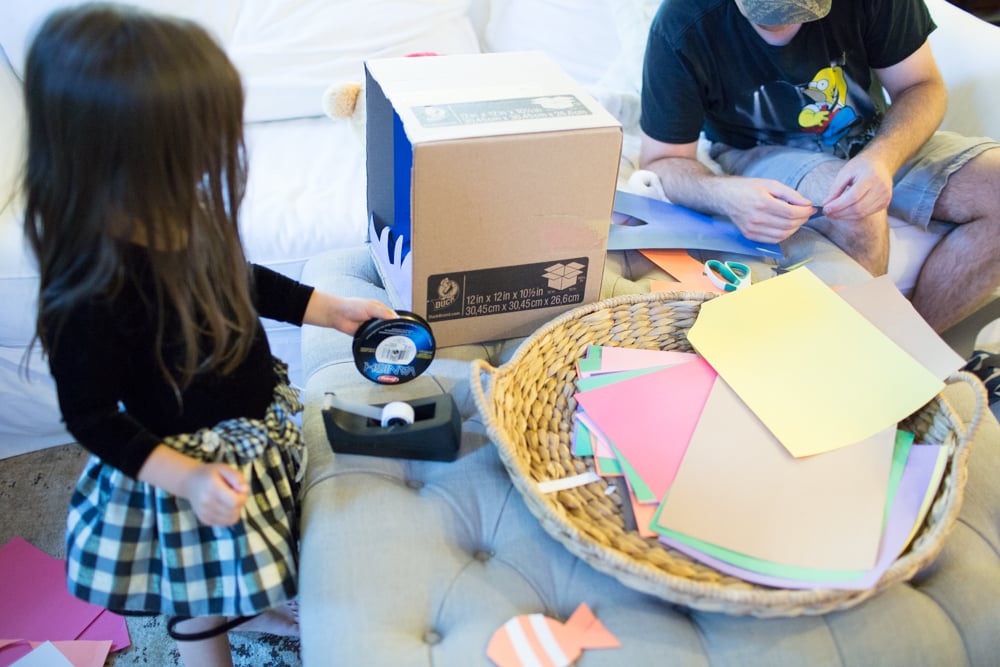 You can add waves to mimic water moving in the aquarium. 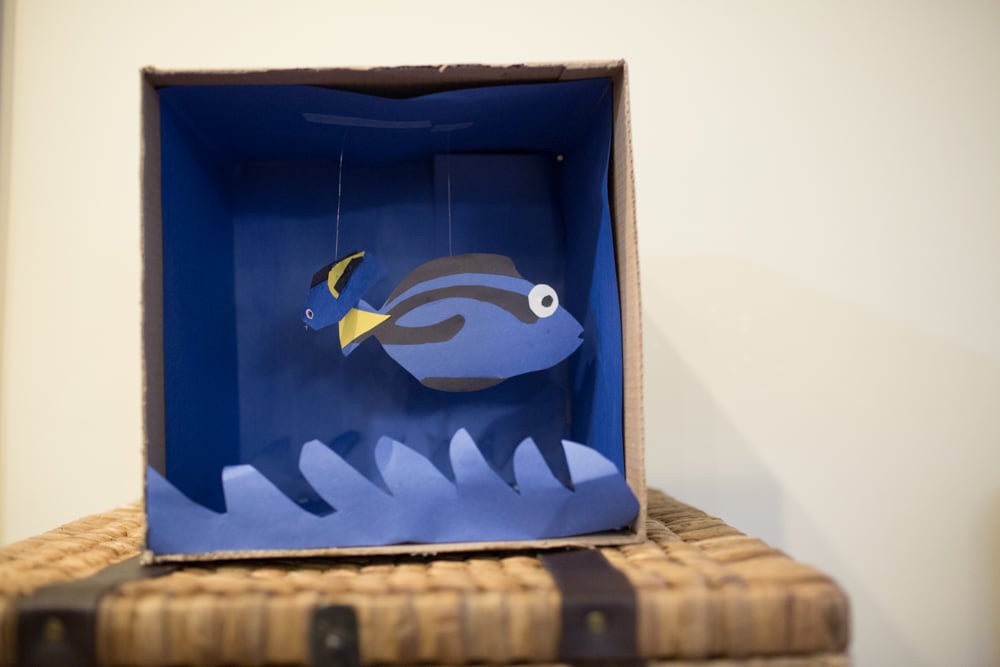 Cut out the blue tang fish’s body in blue with black stripes and a yellow fin. 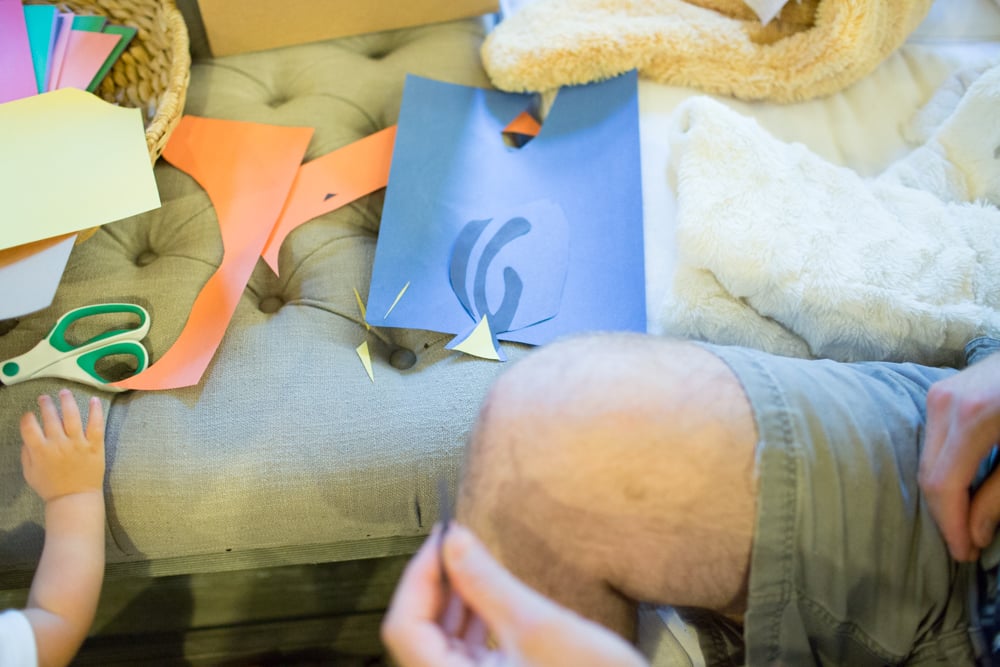 The next step is to cut fishing line and tape one end to the top of the box and the other to the fish.

The girls made the clownfish and a smaller version of a blue tang (you can appreciate that the other one was made by Ansley – she did it all by herself)! 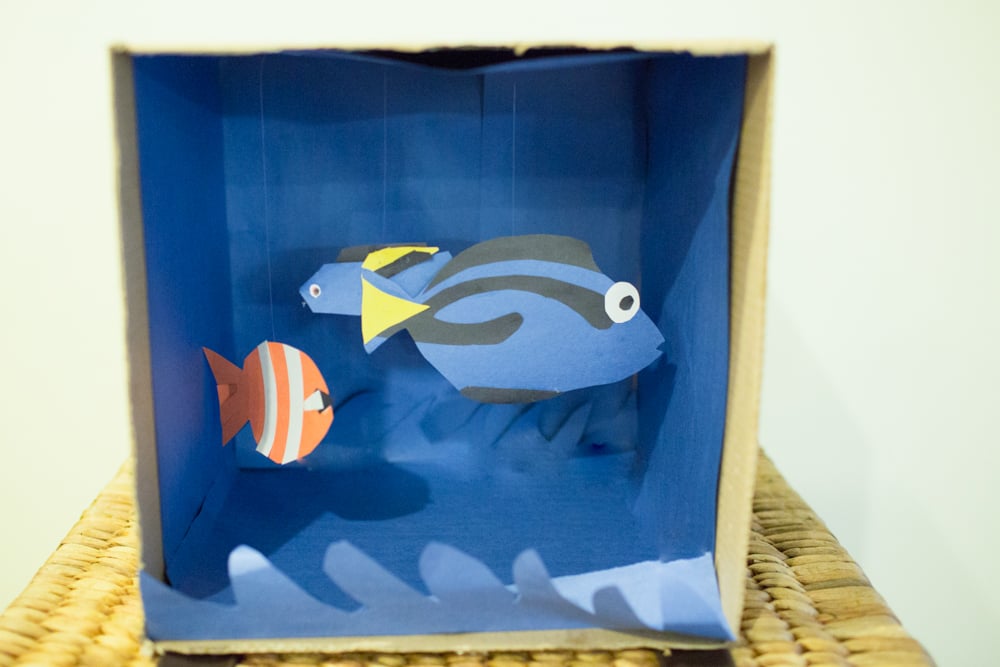 Didn’t it turn out cute?! While we crafted, we enjoyed some Goldfish crackers. Their treat for finishing their aquarium was Campbell’s Dory Healthy Kid’s soup!

It was a win-win for both of us!  Check out Target’s deals on 20% off Goldfish crackers featuring Disney-Pixar Finding Dory and 10% off Campbell’s Dory Healthy Kid’s soup.

What kind of crafts do you have that are inspired by Disney Pixar’s Finding Dory?