Remember last week's post about Ryan and I having a game plan for the girls' Easter egg hunt? Here's how it went down:

I had Ansley. Ryan had Aubrey. To get the best starting spots, we were on opposite sides of one of the sidelines a good ten minutes prior to the hunt.

Let me just set some expectations for parents out there - ten minutes is a long time to restrain a 21 month old toddler from picking up an Easter egg. 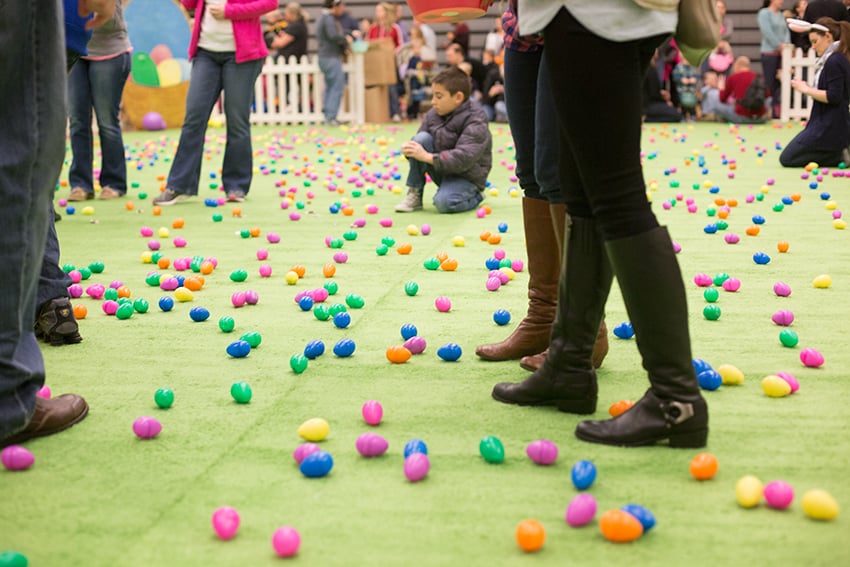 Thirty seconds prior to the start, Ryan and I had our babies in our arms - ready. While looking at me, Ryan proceeded to do the gesture where he took two fingers, pointed at his eyes, then to my eyes - I think that was a pre-victory thing or something. I rolled my eyes at him (but smiled on the inside).

I'll admit it. As they were counting down from 10 - Ansley and I might have had a head start between the number 2 and 1 on accident (I turned around and no one else was running). But, to make myself feel better, Ryan did say that one of the parents got "talked to" from one of the volunteers because their kiddo took 40 eggs while all the other kids were waiting patiently behind the line. Apparently, he said that the kid left with the 40 eggs because the parent told the volunteer that they had to "leave early". What???

When Ansley got to her first egg, she picked it up and opened it. When she saw the chocolate - she lost all concentration on the other eggs. Sigh. 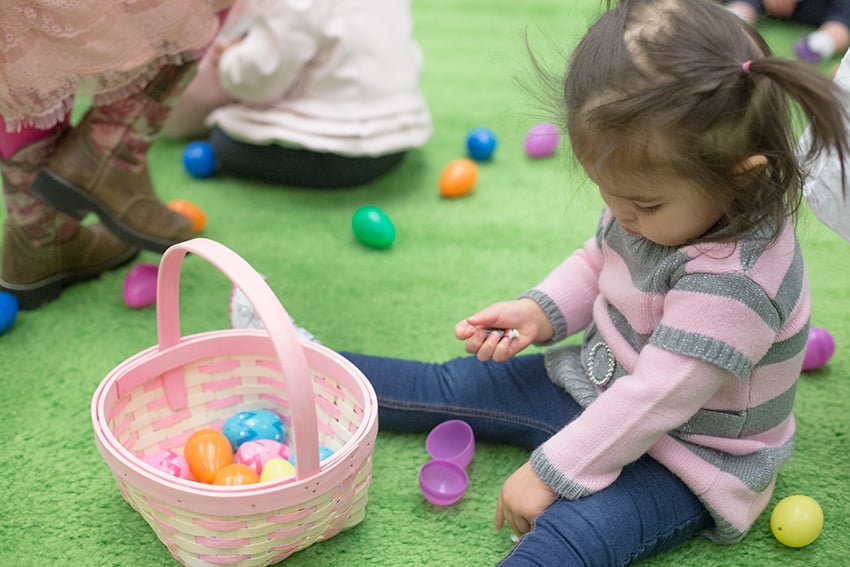 When Ryan ran Aubs in at the start, he placed her in one of the corners and swooped in a bunch of eggs in front of her and blockaded her in so that she would not get trampled on and so that no one could take her eggs. He was scared to put any eggs in her basket because one of the volunteers was eyeing him. Apparently, he only "claimed" the egg for her basket when she starting gnawing on it. 🙂

Here are the results. Victory was ours ... I mean theirs. 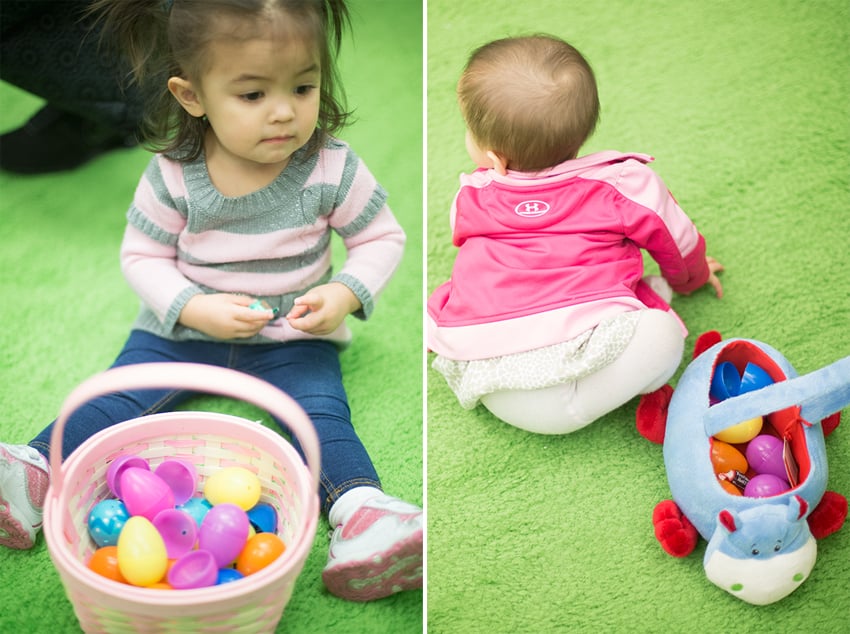 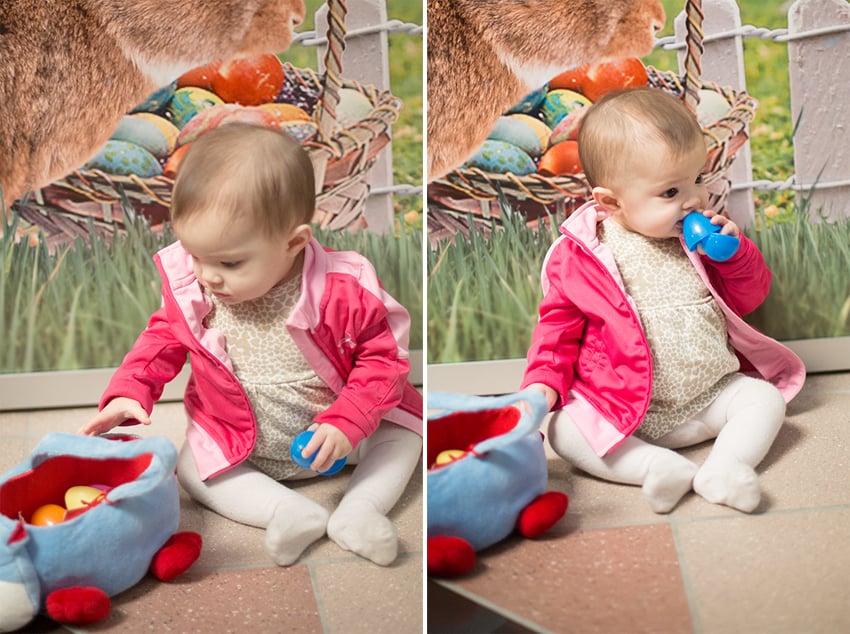 Right before the hunt, we took the girls' to see Peter Cottontail. Last Christmas, Ansley didn't want anything to do with Santa. But a big bunny - she couldn't get up there fast enough for photos. We waited about ten minutes in line. I'm pretty sure every kid in front of us cried when their parent put them on Peter Cottontail. Not our babies! 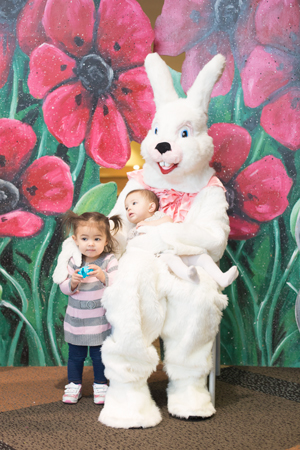 « My Easter Bunnies
Be Safe and Baby Proofing »